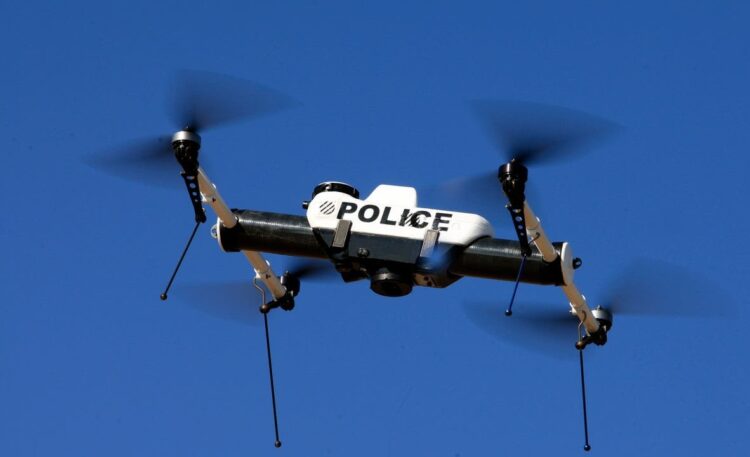 Drones with incredibly advanced artificial intelligence (AI) could be  used by local cops in the near future to track your movements.

Created by California-based company Skydio,  the drones have been trialled by police and successfully helped a SWAT team bring down two armed suspects.

The incident in 2019 involved a five-hour stand-off with the two gunmen, who were holed up in a large suburban house. SWAT then used the Skydio drone to weave through the woods where the house was located to get footage of the two culprits. The two men handed themselves in 30 minutes later.

Skydio claims that its drone, Skydio 2, has the most powerful AI ever built and has the ability to follow moving objects while avoiding obstacles. The company’s drones can cost as little as $1,000.

Some experts even claim the drones’ software can even predict a target’s next move, whether that target is a pedestrian or a car.

Existing  technologies  aids  any government’s ability to use aerial surveillance to track our movements in bulk numbers and document  participation in constitutionally protected activities such as protests, religious ceremonies, and political rallies.

Chinese manufacturer DJI, the drone maker most favored by U.S. law enforcement, promotes the Zenmuse Z30 by describing it as “the most powerful integrated aerial zoom camera on the market with 30x optical and 6x digital zoom for a total magnification up to 180x.”

The advanced  technology means that law enforcement can use small and inconspicuous drones to snoop on individuals from thousands of feet away, and even watch activities taking place several miles away with a good degree of accuracy. In an aerial space, these drones can easily move to adjust their view, and overcome obstacles that make this type of long distance surveillance impossible from ground level.

Drones, which already possess so much surveillance power, are widespread and broadly in use by police departments throughout the country.

Carl Blando, a sergeant detective with the Boston Police Crime Scene Response Unit, said after a review  that it proved beneficial when using  drones at higher heights, but was less effective at lower heights.

He explained, ‘When you wanted to fly low, it wasn’t always the greatest for what equipment we had. I think it became a lot better when we picked up the Skydio unit… If a suspect runs through a backyard, trying to fly a drone in between buildings, over fences, the Skydio unit definitely helped us out with all that.’