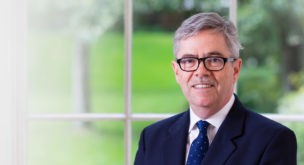 The president of the Law Society will be stepping aside from his role later this month, citing the ‘distraction’ of a long-running client dispute.

David Greene, senior partner at Edwin Coe, will be succeeded by the current vice president, I. Stephanie Boyce, on 19 March.

Mr Greene’s decision comes following a High Court ruling in January that the Solicitors Disciplinary Tribunal should hear in full a private prosecution brought against Greene over a 2008 case involving pone of his clients- business man, David Davies over an unpaid bill.

The  High Court ruled that the case, which was formerly rejected, should be resuscitated  in order for Mr Greene to respond to the allegations.

The ruling from the High Court was that it was arguable that Mr Greene may have given evidence which was “not only misleading but deliberately so”, appears to have taking its toll on Mr Greene, who has strenuously denied the allegations.

Mr Davies’ firm Eco-Power had instructed Edwin Coe in a legal action against Transport for London, and in a fees row which followed, ending up with the Solicitors Disciplinary Tribunal (SDT). Mr Davies accused Mr Greene of lying to a judge.

Mr David Davies is the sole director of Eco-Power (UK) Ltd (“Eco-Power”), a former client of Edwin Coe LLP (“Edwin Coe”). Mr Greene is a senior partner and Head of Ligation at Edwin. Mr Davies represented himself an appeal, after his application to adjourn the hearing in order to afford him more time to secure legal representation was rejected by the courts. He was said to have advanced his case with  ”care, moderation. and no little skill”.

At the heart of Mr Davies’s claim is that Mr Greene, who gave evidence on behalf of the Claimants in the original action, Edwin Coe, had misled the Court and it is said that so material was the misleading that it was really, effectively, tantamount to giving fraudulent misrepresentation.

In a November 2020 hearing, court judges said they had seen nothing either in writing or in the witness box that showed Mr Green to be ”anything other than truthful”.

The Solicitors Regulations Authority (SRA)  also told The Eye Of Media.Com that they assessed the allegations against Mr Greene four times, and found no evidence of misconduct.

Representatives of the SRA added that ”how the Solicitors Disciplinary Tribunal(SDT) determine the new case, is entirely down to them. We have no say on how they arrive at their judgements”. The regulatory body had no comments to make in relation to Mr Greene’s decision to step down.

Mr. Green, a man of high clout in the legal profession for decades, finds himself in an uncomfortable position in a misconduct hearing launched by an aggrieved businessman determined to see the former Law Society president’s demise.

Mr Greene, the head of litigation at London law firm Edwin Coe rose to prominence during the Article 50 Brexit case.

He became President of the Law Society in October , 2018.

He has been  involved in cases in front of the Competition Appeal Tribunal (CAT), High Court and Competition Commission. He also has many years of experience in advising sovereign states on disputes in international tribunals and particularly specialises in work involving governments in sub-Saharan Africa.

Announcing his decision to step aside, Greene said: ‘In the past few weeks, a long-running issue to do with a dispute with a former client has been sent back to the SDT in a lay complaint following a decision in the High Court which is itself subject to appeal. This case dates back a decade and has been repeatedly thrown out and I fully expect it to be rejected again.

’However, the fact that this dispute has been referred back to the SDT during my presidential year will, I fear, become a distraction from my role representing the solicitor profession – at a time when it is facing a period of unprecedented challenge.

’So, it is with profound regret that I have decided to step aside from my role as president of the Law Society of England and Wales during the currency of proceedings, with effect from 19 March instead of at the end of my term this October.’

He added: ’I wish my successor as president, I. Stephanie Boyce, who will fill the vacancy created and the rest of the organisation well for the future. It has been a deep privilege to represent my profession as an office holder over the past two and a half years.’

Stephanie Boyce said: ‘I’d like to thank David for his many years of service to the legal profession, not just as president but as vice and deputy vice president and before that as a long-standing member of the Law Society council where he holds the international practice seat.

‘His passion and expertise for the international work of the Law Society, human rights and the rule of law made him the ideal candidate to deal with the many and complex challenges the profession faces and in good stead to help steer the profession through the end of the UK-EU transition period in December.’

The legal profession and the media will await the final drama of this case with baited breath.