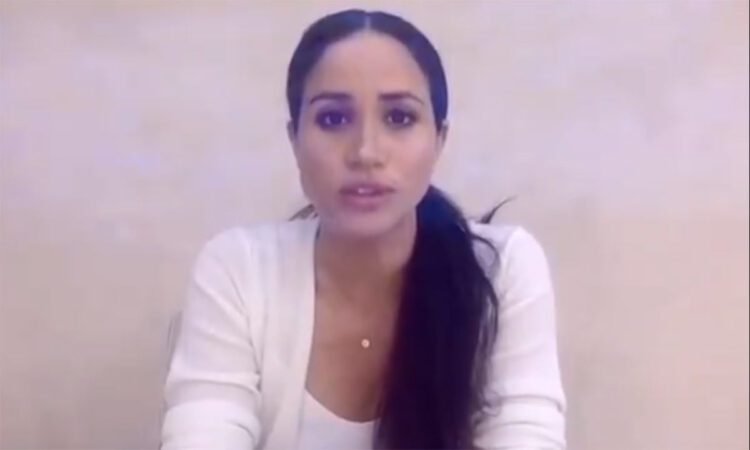 The Duchess of Sussex is reportedly “saddened” by a report that claims she faced a bullying complaint during her time at Kensington Palace, according to her spokesperson.

Meghan Markle’s reaction comes in response to a report in The Times that a complaint was made in October 2018 by Jason Knauf, then the Sussexes’ communications secretary.

The report alleged Meghan had driven two personal assistants out of the household and was undermining the confidence of a third staff member.

Ms Markle’s secretary did not address the precise claim of bullying by the Dutchess Of Sussex who is not in the good books of the Royal family or royalists in Britain at the moment after stepping back from royal duties with her husband, Harry.

Her spokesman said: “The duchess is saddened by this latest attack on her character, particularly as someone who has been the target of bullying herself and is deeply committed to supporting those who have experienced pain and trauma.

“She is determined to continue her work building compassion around the world and will keep striving to set an example for doing what is right and doing what is good.”.

The report comes days before Meghan and Harry’s interview with Oprah Winfrey is due to be aired. The CBS two-hour special will be screened on Sunday in the US and subsequently shown in the UK on 8 March.

The conversation,  being trailed as “intimate” and “wide-ranging”, is likely to revel bombshells as the couple discuss their lives within the royal family and their exit from senior working roles in the monarchy.

The programme will feature and interview  between Winfrey and Meghan. Her husband , Harry is expected to join for the concluding segment of the programme.

The couple are expected to lift the lid on inner tensions in the royal family which led the couple to step back from royal duties. They are also expect to detail complaints of press intrusion and harassment.

In the UK, Meghan has generated mixed reactions to her presence in public life. Her fans see her as a freedom fighter speaking her mind in thee face of victimisation, and her critics see her as an outsider who has come to the royal family to change their tradition  and   seek to achieve her own ambitions to be a royal celebrity.

The Sussexes interview will look to suggest the couple have been treated unfairly by both the press and members of the royal family.

As the tension boils over the yet to be seen revelations Harry’s grandfather, the Duke of Edinburgh, is sick in hospital in London. Prince Philip, 99, spent nearly two weeks in the private King Edward VII’s hospital before being transferred to St Bartholomew’s hospital on Monday for tests on a pre-existing heart condition.