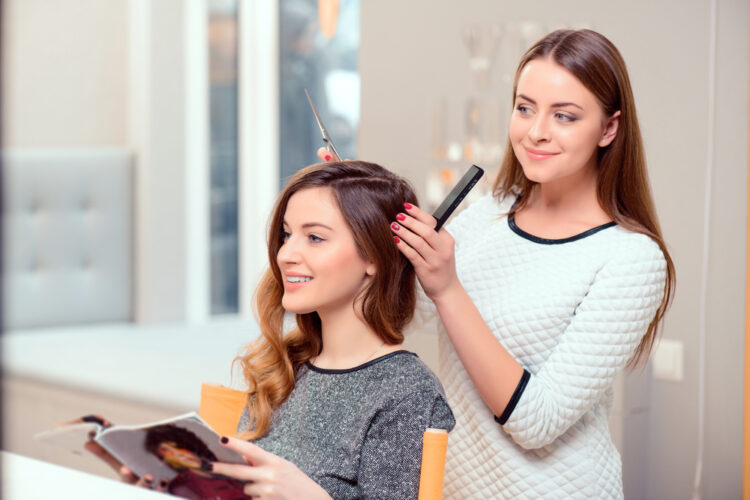 It follows an increase in the number of abuse cases in the county has increased by 13% since the first lockdown, according to the constabulary.

The ‘Cut It Out’ campaign will show hairdressers and beauticians the typical signs of domestic abuse, as well as how to raise concerns if they feel a client is being abused.

Chief Inspector Julie Mead, one of those leading the training, said: “The beauty industry is unique as it’s a personal service, you get to know and trust your hairdresser, beauty technician or therapist and we tend to go back to the same service provider, so over the months and years that bond and that trust grows.

“This is why the beauty industry has a key part to play in cutting out domestic abuse.”

The training is also being aimed at other professions which come into contact with the public, such as doctors, nurses and vets.

Before the coronavirus pandemic the training was carried out in person, but they will now be done through a livestream on Facebook.

The idea for the training came from PCSO Nadia Norman, who suggested it to Northamptonshire Police in 2019.

She said: “I decided to do some research because I was working with domestic abuse victims and at the same time, a close family member disclosed years of controlling and coercive behaviour.

“All of them described how they had wished someone had just asked them if they were ok or been confident enough to ask what was going on. It can be that simple.”

PCSO Norman also revealed she used the story of Kerri McAuley, a woman from Norwich brutally killed by her ex-partner, to help her plan the sessions.

She said: “I contacted Norfolk Constabulary…they had organised their own awareness sessions following the murder of Kerri McAuley, tragically killed at the hands of her former partner.

“I was put in touch with Kerri’s hairdresser, Annie Reilly and Lesley, her mother, who were amazingly supportive of our plans from the beginning.”

The training session will be streamed on Northamptonshire Police’s Facebook page at 4.30pm on Wednesday, 3 March.