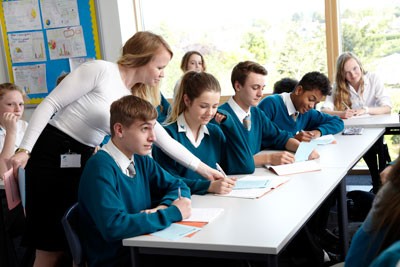 A survey by the Association of School and College Leaders has revealed the struggle facing  headteachers in the UK in obtaining parental consent to test their pupils for Covid-19.

It follows Government guidance has  called for secondary schools and colleges to offer on-site Covid testing to returning pupils with the first test taking place before they enter the classroom. It states that the testing and return of pupils can be phased during the first week from 8 March to manage the number passing through the test site at any one time.

The survey communicated to 3,172 headteachers and principals in England, yielded 934 responses.

The majority of those surveyed  were from state-funded secondary schools (78%), with 12% from independent schools, and the remainder from a mixture of all-through schools, special schools and colleges.

Schools and colleges across the UK this week invited some pupils for their first Covid tests, using testing stations to carry them out.

Just over half of respondents (52%) indicated encountering a difficulty. The next most common problems were finding sufficient space in their school or college to set up testing stations, and recruiting sufficient numbers of staff to run them (both 43%).

Jason Carey, headteacher at  the reputable Southend High school for girls, has already expressed concern that the multiple daily tests would be disruptive to lessons. However, the school have no choice but to abide by the regulations.

The researchers said that an  overwhelming majority of respondents (84%) felt that government guidance – which recommends face coverings in classrooms but does not make them mandatory – fails to provide sufficient clarity for schools and colleges.

Geoff Barton, General Secretary of the Association of School and College Leaders, said: “Our survey shows the massive challenge facing schools and colleges in running a testing programme which involves setting up something that looks like a field hospital and then processing hundreds or thousands of pupils before they return to class.

The logistics involved mean that many schools will need to phase the return of students. There will be a full return but it will be from – not on – Monday 8 March.

“It is worrying that the biggest problem emerging is the difficulty in obtaining parental consent for Covid tests. This is most likely to be simply a matter of oversight with some parents not returning forms and we would urge them to do so.

There may also be parents who are nervous about testing because they have seen or heard misinformation and we would encourage them to speak to their school if they have concerns. These tests are voluntary but the more they are used the better the chance of detecting asymptomatic cases.

“Secondary schools and colleges have also been handed the problem of extending the use of face coverings to classrooms, with government guidance that is clearly causing difficulties because it says they are not mandatory but their use must be implemented. This leaves schools and colleges in a very difficult position, and our survey shows that many will now have to navigate the difficult terrain of having some students who refuse to wear them.

“We feel that the government has given schools and colleges a hospital pass on testing and face coverings and left them with a logistical and classroom management nightmare which has nothing to do with the core business of education and is inevitably a huge distraction. It could and should have provided more support on tests and greater clarity on face coverings.”