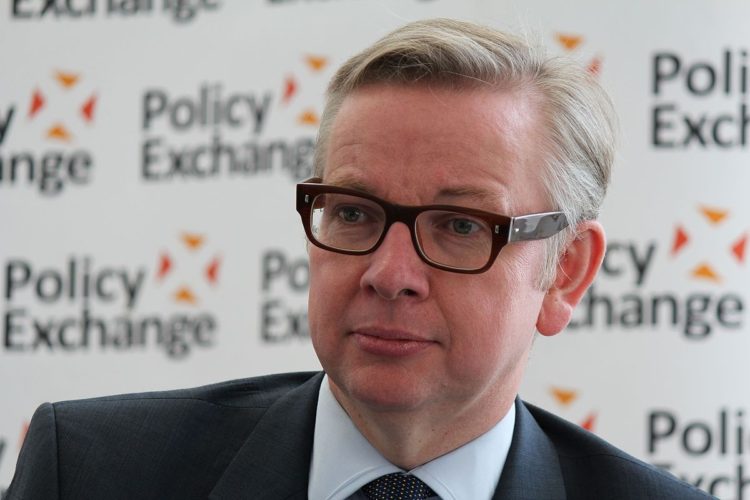 Michael Gove is under pressure to assure the British public that Covid-19 deaths were not manipulated, after MP Desmond Swayne last month insisted the figures had been tampered with.

Over 100,000 people in the UK are reported to have died of Covid-19, but a lot of those numbers have long been distrusted by many members of the British public, who are hugely cynical of the statistics.

Mr Swayne’s refusal to apologise for his comments  last November that Covid-19 deaths figures in the UK were manipulated,  revived the topic  again yesterday after the outspoken MP yesterday featured himself taking the vaccine, and urging the British public to join the queue to accelerate the end of lockdown.

Michael  Gove at the time accused the MP  of being out of line, and indicated disciplinary action against   him for his words.  Given Sir Desmond Swayne, Mr Gove was approached by The Eye Of Media.Com  to assure the public that Covid-19 numbers were not manipulated. It was a logically deductive position to take, to seek a final answer.

Our scrutiny of Mr Gove’s stance, follows revelation by Sky News last month that MP Swayne told a group of anti-vaxers in November that Covid-19 deaths numbers were manipulated.

Gove openly vowed to have Mr Swayne disciplined after the MP refused calls to apologise for his comments. Over a week later, there has still been no further comments by Gove about the threatened disciplinary measures against Swayne.

There are questions as to whether  Mr.Gove may lack the confidence that Mr Swayne will not be able to support his claims, or whether he simply doesn’t want to go down that road.

Mr Gove’s office was contacted by this publication twice in the past week, requesting to know when the stated disciplinary measures against Mr Swayne would occur.

We also asked whether Mr Gove could assure the British public that Covid-19 death statistics were not manipulated. Follow ups to our requests have yielded no response.

Understandably, it is a potentially murky area, since the idea of manipulation at all necessarily has ramifications of its own. If death statistics could possibly have been manipulated, it raises the question of by whom, and by how much? The how’s and why’s then flow into the equation.

There is concern that Mr. Gove himself might not be confident whether the numbers have been manipulated,  otherwise he should confidently state this and make it clear. In a world of digital technology and record keeping, definitive statements cannot be made on record, if they may later be shown to be false. This sometimes makes silence the safer option.

If death statistics have been manipulated, it questions the basis of his public rebuke of Swayne by some British Mps, and his vow to see him disciplined.

In the absence of either disciplining Mr Swayne or assuring the public that Covid-19 death statistics were n0t manipulated Mr Gove’s words are reduced to mere rhetoric.

Last summer, the British government confirmed  Covid-19 death statistics had been exaggerated, adding that you could have died of a motor bike 6 months later, and it was put down as Covid-19.

At the time, The Eye Of Media.Com contacted the government to probe these exaggerations, further, asking for a proper account of the exaggerations, and why they occurred at all.

However, no proper reason has so far been provided as to why the errors took place, or the nature of the confusion which led to the erroneous diagnosis of Covid-19. The continued silence is ominous.

The government subsequently revised the mechanism for determining Covid-19 deaths, by stipulating the registration of deaths arising from Covid-19 to those which occurred within 28 days of testing positive.

The revelation of MP Swayne’s comments revived the issue for analysis, after his claim that despite the government’s revision of the manner in which Covid deaths were recorded, the death statistics were still being manipulated.

Claims that the Covid-deaths were manipulated is a serious allegation, because the lockdown in the UK, and indeed the rest of the world, is predicated on the number of deaths arising from the virus.

Undoubtedly, the coronavirus has been calamitous in the UK and other parts of the world, but measuring the scale of the virus, requires accurate information and accountability.

Accountability means holding Mr Swayne to account, but also Mr Gove, and all those who allegedly manipulated the death statistics. We can’t help demanding to understand who is hiding what.

The British public deserves the truth to be told. It’s about their lives after all.