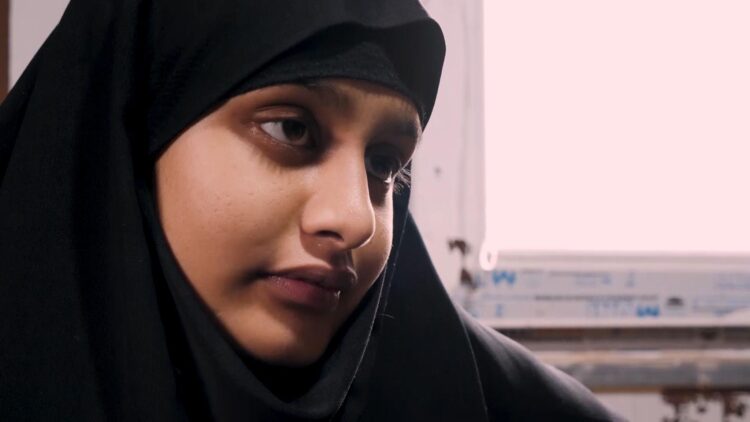 A unanimous ruling from the  Supreme Court said that her rights were not breached when she was refused permission to return to Britain.

Ms Begum was  just 15 when she and two other east London schoolgirls left the UK and travelled to Syria to join the Islamic State group in February 2015 Begum’s lawyers have fought for her return ever since she was faced legal issues over her decision to join extremist groups.

Ms Begum, 21, sought to challenge the home secretary’s decision to remove her British nationality. She is in a camp controlled by armed guards in northern Syria.

A Court of Appeal ruled that the only fair way forward was to allow her into the UK because she could not effectively appeal against the decision from the camp in northern Syria.

An appeal  to the Supreme Court by the Home Secretary was made  to reconsider the Court of Appeal’s judgement. It argued that allowing her to return to the UK “would create significant national security risks”.

On Friday, Lord Reed, president of the Supreme Court, said the government had been entitled to prevent Ms Begum from returning to the UK.

Lord Reed said the Court of Appeal’s judgment had been wrong, and failed to take proper account of the home secretary’s case.

“The Court of Appeal mistakenly believed that, when an individual’s right to have a fair hearing… came into conflict with the requirements of national security, her right to a fair hearing must prevail.”

He added: “But the right to a fair hearing does not trump all other considerations, such as the safety of the public.”