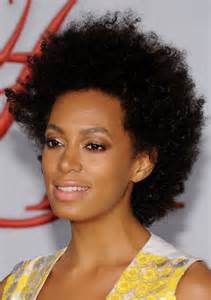 After patiently waiting for Solange to release her new Album it did have fans wondering if it would ever happen. Then finally “A seat at the table” arrived.

Solange Made history with this release, being the first to release one with her sibling since Michael Jackson and her sister Janet Jackson.

The Album is mysteriously smokey with soft soulful vocals and lyrics which helped it soar to the top of the Billboard 200 chart almost immediately.This is the first time our Soul Angel has been at the top like this and she deserves it after working very hard, touching down in every state to produce and film videos with husband and video producer Alan Ferguson. whom she married last year. The videos are different, eerie, full of shelled hair styles, and  those who know Alan Ferguson’s work know his touch has been placed upon the masterpieces.

The 21 songs feature a range of different collaborations including the likes of Lil Wayne, Q-Tip, BJ the Chicago Kid and Kelela.

It is the first time in history that two sisters have accomplished a duo like this.  Only the Jackson family did this when Michael Jackson ad his younger sister, Janet performed together. “Invincible” Album and Soon to be mummy Janet’s “All for you” Album both landed the number 1 spot back in 2001. Two brother have also achieved number one Albums in the same year but it isn’t who you’d expect, Percy Miller a.k.a Master P and his not so well known brother Slikk the Shocker.

Beyonce’s sixth studio Album Lemonade was released back in April this year via HBO and went to number one, little did she know her baby sis would follow. Lemonade received mountains of controversy surrounding her marriage to husband Jay Z, was he cheating on her we found ourselves asking.

The “Crazy in Love” singer recently finished her “Formation” world tour, her final show saw her parade Jay Z and Philly rapper Kendrick Lamar about, leaving us with an explosion. After winning video of the year with song “Formation” we can only wonder what is in store for little sister Solange.

Will her album bring her some shelf warming awards??? Will Solange embark on a world tour??

Scottish DJ Calvin Harris expressed his feelings towards the “Loosing you” singers latest creation showing nothing but praise. Could a future collaboration be on the cards?

Well done to the Slaying Divas for landing a number one Album each in the same calendar year. This is a Guinness World record! It’s safe to say there aren’t any sisters around talented like them, so their historical record is safe, FOR NOW.

Mc Common has also added to the hype by jumping on “Cranes in the Sky” and I highly recommend you check out his added verse.  A lot of artists are jumping on Solange’s songs and we don’t blame them.

A big Congratulations to the girls.