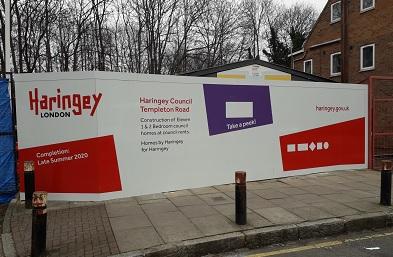 A social worker’s children’s team that shamefully and recklessly allowed mother and her children to live with a convicted child sex offender, are still picking up the pieces of their careless decisions.

Mr Justice Hayden said staff at Haringey council had become “disconnected with the fundamental precepts of child protection and that an Ofsted report had undermined Mr Perkins’s contention that this case was an isolated example of bad practice. What emerges from the Ofsted report, are unambiguous criticisms of Haringey’s entire Disabled Children’s Team.

Social workers at Haringey Council have been voiding interrogation by The Eye Of Media.Com following the judgement, with one yesterday stating: ”this is old news now, we don’t need to answer any more questions”.

The details of the identified failings resonate with what the children’s Guardian identified as a distortion of professional focus, a preoccupation with and empathy for the mother, which eclipsed the needs of the children; a failure to evaluate risk and a planning vacuum

The naming  and shaming of the local authority came after a challenge by journalists which followed the media not being notified about the earlier hearings. A 2018 Ofsted report had severely criticised the children with disabilities team for illustrating chronic weaknesses.

Haringey’s lawyers had argued that the bad practice exposed by the case was not representative of the quality of social work in the council, and that the the risk of identification of the children meant broad anonymity was in the public interest.

Justice Hayden initially agreed, despite commenting that he had never in his career, including seven years as a family court judge, had to criticise a council so severely.

He changed his mind upon learning that inspectors’ 2018 visit had highlighted similar concerns, indicating a “broader and deeper malaise” within the children with disabilities team that deserved public scrutiny.

“The failings identified in my judgement were not only persistent, continuing into 2020, but require to be evaluated in the context of an Ofsted report that had already highlighted the very errors perpetuated in this case,” the judge said. “The report, like my own warnings at the interim hearings, went entirely unheeded.”

The shaming of Haringey Council by Justice Hayden came after the lawyer of a Cafcass guardian invited the court to find that the local authority had “failed in its fundamental duties of child protection”.

This observation echoed warnings by Ofsted that in the majority of cases handled by the children with disabilities team, “plans focus on the needs of parents rather than the child”.

Children’s services were informed anonymously in July 2018 that the mother, who had acrimoniously split from her children’s father, was involved with ‘CC’, a child sex offender who had recently been released from prison on licence. He had been sentenced after being found to have made indecent images of his own daughter.

The guardian’s lawyer told the court that, over the next 18 months:

It allocated a social worker “with no experience of cases involving sexual risk” to manage the case, who was not supported by managers to gain relevant knowledge.

It failed to assess the level of risk after the mother was found at home with CC in March 2019, despite Justice Hayden warning during a hearing in July that year that this was a “dereliction of responsibility”.

The social worker did not investigate further after learning that B “knew who CC was and had seen him at a community centre”, and took the mother’s explanation “at face value”.

The social worker accused her of having a “demeaning” attitude, and no action was taken after they were followed up with an independent reviewing officer.
Justice Hayden said he accepted this evidence “without evidence or revision” because no explanation had been offered by the authority.

“In her evidence the social worker sought to apportion blame or responsibility either to her manager (who has since left) or to her legal department,” he said. “It may be that both share some responsibility for what has happened here. But none of that avoids the inevitable conclusion that there was a root and branch failure of social work.”

The mother, Justice Hayden observed was  far from blameless in the case and had, through her actions, wrecked her chances of a stable life with her children. The odds of this had seemed good after she campaigned doggedly for adaptations to be made to her home, so that A, who had been placed in residential care in 2017, could live there.

Nonetheless, the judge said, the local authority’s management of the situation was “fundamentally flawed”, epitomised by its failure, on two occasions, to tell the children’s father about CC’s involvement in their lives.

The father’s relationship with Haringey council, the court heard, had been poor since before his split with the mother due to the local authority’s foot-dragging over the adaptations requested to enable A to return to the family home.

“[Haringey’s failure to mention CC] is not only a breakdown in understanding of the fundamental principles of child protection, it is active discrimination towards a father,” the judge said. “It is disrespectful to him and it is at least arguable that it is inconsistent with the Article 8 rights [to private and family life] of either the children or the father.”

Ultimately, Justice Hayden, ruled that the father should return to the family home as the primary carer of B – a move delayed by the onset of lockdown – while making a care order for A to remain in residential accommodation. B would also be placed under a six-month supervision order because of the extra vulnerabilities the family would face because of the coronavirus.

“The welfare solution arrived at in this case was, of necessity, second best,” the judge observed of the eventual outcome. “Child A wanted nothing more than to return to live permanently at his family home. The outcome of the case is that A now faces the prospect of a lifetime of institutional care, interspersed with occasional weekend and holiday visits to the home in which his father will now live. Child B is extremely close to his brother. He fervently wanted his brother to come home. I have no doubt that the extent of his disappointment, from what I have been told, is properly characterised as a grieving process.”

Haringey’s cabinet member for children and families, Zena Brabazon, said: “The assessment and management of the risks to the children was completely unacceptable and fell far below the council’s usual social work practice. We recognise wholeheartedly that this judgment highlights areas where we can and must improve – many steps have already been taken and significant progress has been made.

“We firmly believe that this judgment is not a reflection of our wider practice in children’s social care. Since the Ofsted inspection of 2018 we have made significant changes, and Haringey has been commended by Ofsted and its partners for its work strengthening and improving its children’s services.”

A focused visit by inspectors in December 2019 found senior leaders were “tackling staff competence issues and helping social workers and their managers develop the requisite skills to take forward essential improvements more quickly”, though this focused on the multi-agency safeguarding hub and did not reference support for children with disabilities.

Brabazon added: “We have been carrying out our own review into what can be done better, and this will continue, along with a new, independent assessment. We have brought in additional resource and training, and are accessing expertise from some of the best services in the country. We have made real progress, but where there are still improvements to be made, we will continue to make them.

“It is our duty to protect our young people. We did not do well enough in this case, and that is being rectified now, and going forward.”