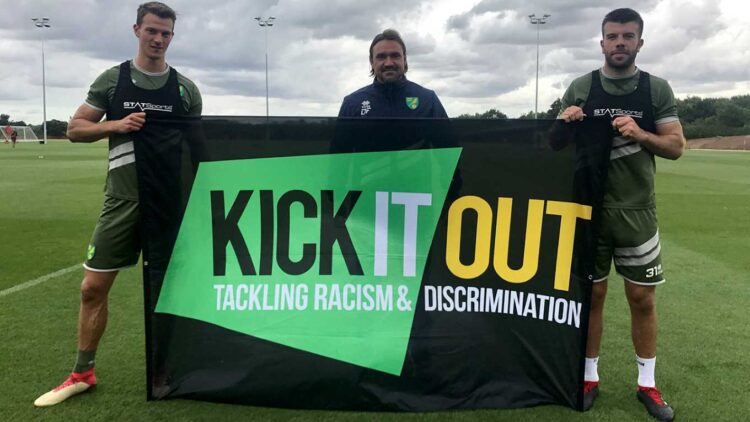 A social media boycott to protest against online racism could become a matter for debate in the House of Commons as MP Julie Elliott wants Parliament to discuss the issues it raises.

A coalition of English football’s largest governing bodies and organisations including the Football Association, Premier League and EFL announced last weekend they will go silent on social media in a show of solidarity against racism.

The FA Women’s Super League, FA Women’s Championship, Professional Footballers’ Association, League Managers Association, PGMOL, Kick It Out, Women in Football and the Football Supporters’ Association will also suspend all use of their social media accounts from 3pm on Friday April 30 until 11.59pm on Monday May 3.

A spokesperson from PGMOL, Kick It Out told The Eye Of Media.Com: ” The silence on social media will begin from 3pm on Friday until 11.59 on Monday. We are in ongoing talks with the government in relation to clear steps we want to see taken to stamp racism out of football.

Football is a powerful way to send a message out to society that racism is unacceptable, and we will be making clear recommendations to the government as to how we think this can be achieved”.

The PFA has urged its members to join the social media boycott that will take place between April 30 and May 3.

The Premier League, Women’s Super League and EFL are among those to have signed up to an online blackout at the end of the month intended to help eradicate prejudice and discrimination in sport.

Leading sides and organisations across the country will be shutting their social channels down across four days, with a full programme of competitive fixtures set to take place that weekend.

Elliott, a member of the Digital, Culture, Media and Sport Select Committee, has written to the Leader of the House of Commons requesting Parliamentary time be put aside to debate the boycott.

“This boycott is unprecedented in the industry. We have seen far too many examples of sportspeople receiving sexist, racist and homophobic abuse online,” she wrote to the Leader of the House Jacob Rees Mogg.

“I am therefore writing to you to request…. parliamentary time on the floor of the House is granted to debate this important issue.”

The FA, The Premier League, The EFL, The Women’s Super League and Championship, Women in Football, Kick it Out, the Football Supporters Association and the organisations representing managers, match officials and players will all turn off their digital feeds at 3pm on Friday, April 30.

He said: “We will not stop challenging social media companies and want to see significant improvements in their policies and processes to tackle online discriminatory abuse on their platforms.”

“As a station we are taking steps to protect our own presenters from abuse from social media trolls and this is an important statement that online hate will not be tolerated.”

This includes filtering, blocking and swift removals of offensive posts, an improved verification process and re-registration prevention, plus active assistance for law enforcement agencies to identify and prosecute originators of illegal content.

The group is also encouraging the UK government to ensure that legislation introduced in the Online Safety Bill makes social media companies more accountable for what happens on their platforms.

Barclays, title sponsor of the WSL and the official bank of the Premier League, will support the blackout with no social media posts on the Barclays Football pages of Facebook and Instagram nor the Barclays Footy Twitter account – while the company’s other social channels will avoid all football-related activity.

Budweiser, which sponsors the England team, is also signing up, with online car retailer Cazoo – shirt sponsors of Aston Villa and Everton – on Tuesday became the first major football sponsor to announce its support, with others expected to follow suit.

This weekend’s boycott follows social media blackouts by Swansea, Birmingham and Rangers in recent weeks, with Liverpool captain Jordan Henderson stating he would be willing to follow Arsenal great Thierry Henry in coming offline altogether in protest against racist behaviour.

It could also be embraced by other sports, with the Lawn Tennis Association confirming its involvement on Monday, although the Rugby Football Union has confirmed it is not joining the boycott and neither is golf’s European Tour.