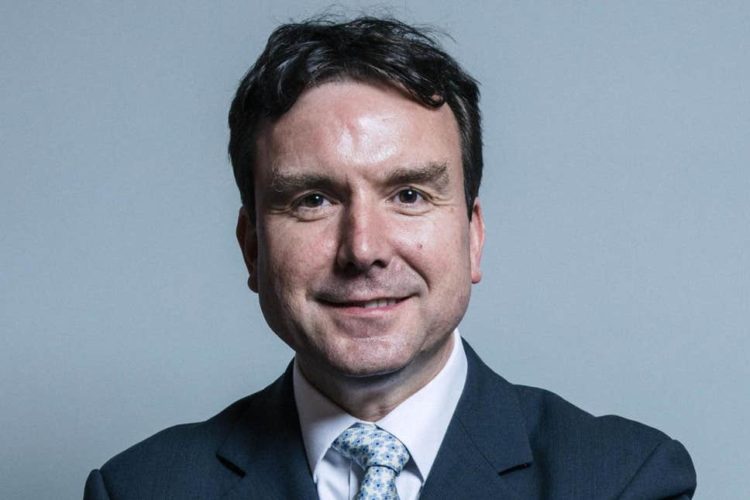 Shamed Mp, Andrew Griffiths, is to be further investigated by The Eye Of Media.Com  for sending sexually explicit messages to women, after he was questionably cleared by a Parliamentary Committee watchdog this month of wrong doing

Griffiths was cleared of wrongdoing, despite evidence he sent up to 2,000 crude messages to two women in just 3 weeks.  He was cleared by parliamentary Commissioner Kathryne Stone, on a number of grounds. One of  the  grounds on which Griffiths  was  acquitted of wrong doing  was that the conduct complained about did not occur whilst he was in his parliamentary activities. The other main ground cites the Parliamentary code of conducts separating an MPs public life from his private life.

Dissatisfied with the reasoning behind the ruling that exculpates an Mp for the explicit messages, a few concerned women  from this publication flagged up the case for our own  further investigation, and it immediately won general internal support for closer examination. The report and the Parliamentary Committee’s code of conduct has been delegated to three in house writers and a further  three external professionals for a close study of the two official positions for a thorough evaluation.  The various findings will then be assessed and discussed before further steps are taken which will include publication on the final conclusion.

Our investigation has no aim of undermining the Commissioner’s report, but will double check and scrutinise her conclusions.

Most concerning is the fact that the contents of the messages have for the most part been kept secret, leaving the general public in the dark about its full scale. The information we are limited to having is that one of the women took her story to a national newspaper.  He resigned as small business minister last July, following revelation he had sent 2,000 texts to barmaid Imogen Treharne and a friend in just 21 days.

The text, were described as lewd messages, sent after the birth of his first child. The MP said he was ”deeply ashamed of his behaviour”, but he was cleared of wrong doing. Cleared according to the Parliamentary Committee’s codes of conduct, we are told. Parliamentary Commissioner , Katheryne Stone said in her report that most people would expect their sexual activities kept private. Even when those activities are unacceptable and reproachable? I very much doubt the wives of such offending Mps would approve of such expectations.

”A family member for example could be a constituent. but engage with an MP outside of their parliamentary activity, the spokesperson explained”. However, she  stressed that the  Parliamentary Commissioner, Kathryn Stone,  cannot comment on individual cases.

The Parliamentary commissioner said in her report that Griffiths used his status as an Mp in the relationships.  He is quoted in one of the texts as stating ”Daddy has been up making speeches and running the country”. Yet he is said not to have pursued the conduct in question during his parliamentary activities. The commissioner states that she did not establish whether one of the women was a constituent who he met during his parliamentary duties, adding that  establishing the fact of the matter would require an investigation. But an investigation is exactly would should be part of any conclusive and reliable report.

A report of the highest standard should have all relevant details included. Details of the texts messages were also not included in the report.

Reference  was made to mental health issues  suffered by Griffiths, leading him to see a psychiatrist. It appears the public are being told that an MP who has mental illness of the type that requires him to see a psychiatrist  has committed is fit to be an MP and should be excused of wrongdoing when revelations of misconduct are revealed that take place in his or her private life.  Griffiths voluntarily stepped down from his post following the revelations, but should not have needed to do so  if his actions were  not wrong. Analysis of his actions should be based on his conduct measured against standards expected of right thinking Mps, instead of separate rules made for Mps who claim to have mental health problems.

”The Commissioner investigates, establishes the facts and reaches a finding. She has published her report, it is open and transparent , and not open for adjudicating”, the spokesperson added. With us here, it is open for thorough scrutiny, which is currently taking place.