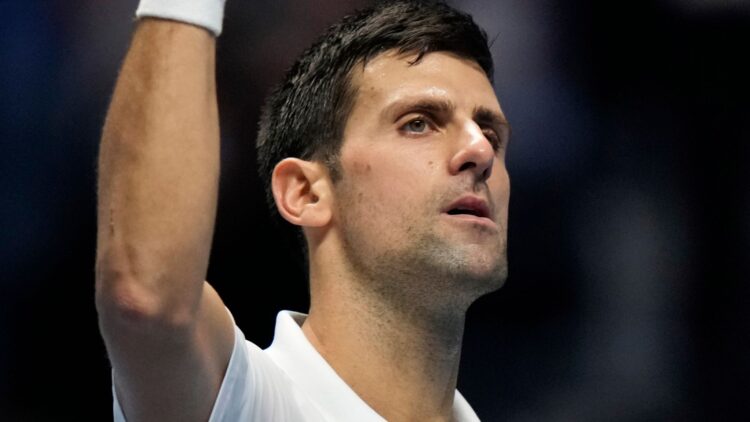 The Australian government is facing shame after being forced to pay an undisclosed amount of legal fees following  the appeal victory by Novak Djokovic against a decision to refuse him a visa in the Federal Circuit Court of Australia, ahead of the Australian Open.

Djokovic flew to Australia with a ‘vaccine exemption’ and arrived in Melbourne on Wednesday, but was shamelessly denied entry into the country after nine hours at the airport by bullish representatives of the Australian government who had hoped to make an example of him.

The Australian government unceremoniously cancelled Djokovic’s visa shortly after he arrived in Melbourne last Wednesday, following the unsupported conclusion by its officials that he didn’t meet the criteria for an exemption to an entry requirement for all non-citizens be fully vaccinated for Covid.

He is hoping to compete at the Australian Open on January 17, a tournament he has won on nine occasions.

The outstanding world no. 1 player had satisfied a pre-existing ruling by Australian medical authorities for a temporary exemption for the vaccination rule  to be granted to people who have been infected with Covid-19 within six months, but the totalitarian like Aussie government blindly dismissed his evidence.

Court filings on Sunday revealed an embarrassing  attempt by  Australian government lawyers to argue that the exemplary tennis player had  not been given any assurance that his medical exemption to enter Australia without a Covid-19 vaccination would be accepted.

However, Judge Anthony Kelly quashed the visa cancellation, and ordered the Australian Government to pay legal costs and release Djokovic from detention within half an hour.

The  20 times grand- slam world champion had been detained following his  claim to be exempt from the stipulated  requirement to be double vaccinated to participate in the French tournament.

Government counsel Christopher Tran notified the court that the Minister for Immigration, Citizenship, Migrant Services and Multicultural Affairs – not the minister who made the original visa cancellation – will now consider whether to exercise a personal power of cancellation of Djokovic’s visa.

Earlier in the day, Djokovic was removed from detention to be with his lawyers during the hearing, and Judge Anthony Kelly expressed agitation over the rejection of Djokovic’s medical exemption.

Djokovic’s lawyers presented their arguments to the court, but government lawyer Mr Tran only spoke for half an hour before a lengthy adjournment.

The court published an order made yesterday that Djokovic be taken from the Park Hotel – where he has been held since Thursday – and brought to “a premises as specified by the applicant’s solicitors” during the hearing.

The order states: “The respondent, by her servants or agents, including the Australian Border Force, take all steps and do all things as may be necessary to bring the applicant to premises as specified by the applicant’s solicitors on Monday, 10 January 2022 (and each day thereafter, including upon the delivery of judgment), to permit him to remain there until the conclusion of each hearing and to secure his safe return to detention upon the conclusion of each
hearing.”

The hearing was delayed by technical issues with the court’s video link, but Djokovic’s lawyers argued their case to Judge Kelly, who asked the court “What more could this man have done?” and said he was “agitated” about the issue of Djokovic’s medical exemption.

“Further to that, that medical exemption and the basis on which it was given was separately given by a further independent expert specialist panel established by the Victorian state government and that document was in the hands of the delegate.”

Djokovic’s lawyer, Nicholas Wood,  argued the notice of intention to cancel his visa was defective because it was made on “a confusing blend of two grounds”.

He also argued that Djokovic was treated at the airport as if access to lawyers “couldn’t possibly” be of assistance in the matter and was not given a reasonable chance to respond to the notice.

Judge Kelly ruled that border control didn’t give Djokovic enough time to respond after notifying him of their intent to not grant him a visa with the world number one unable to contact his agent or legal representation.

At a press conference before the appeal verdict, Australia’s Prime Minister Scott Morrison was asked by a reporter to respond to comments from Tennis Australia chief executive Craig Tiley stating he was given conflicting government advice on medical exemptions.

The documents also noted that Djokovic expressed “shock”, “surprise, and “confusion” when he was notified of his visa cancellation “given that (as he understood it) he had done everything he was required to enter Australia”.

But Australia’s Home Affairs Department filed court documents in which it stated “there is no such thing as an assurance of entry by a non-citizen into Australia” and noted that the Minister has the power to cancel Djokovic’s visa a second time if the court rules in his favour.

“As the Court raised with the parties at a previous mention, if this Court were to make orders in the applicant’s favour, it would then be for the respondent to administer the Act in accordance with law. That may involve the delegate deciding whether to make another cancellation decision, but there are also other powers in the Act, as the Court would be aware.”