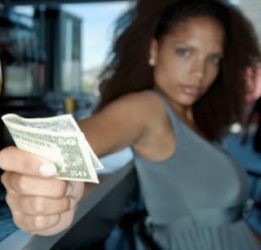 Several Women are paying for men’s expenses, mainly because more men than women cannot sustain themselves.

Women are generally seen as the species from which gold diggers appear , but once they pair of with men, it appears that more of us support our men financially than the other way round.

Women in the UK are generally more consistent in financially supporting their partners who often pressure them to borrow money and never pay back, or pay back late. OK, not all men are so dependent on their women, but too many are.

Women who have experienced being made responsible for their partner’s financial habits say that love is the reason they came in to the regular demands of their male partners found wanting when the relationship’s demands begin to unfold.

Men are traditionally supposed to be the bread winners of the family, but men are increasingly falling short of maintaining this standards and paying the bills. Men who comfortably meet this standard are normally prone to infidelity because of the kind of feminine appeal that accompanies their comfort .

Those genuine men with deep pockets and an honest heart to go with it are so few that they would have been snapped up by a woman fast enough to spot it.
Social media forums and a handful of feminist forums say that women endure more pressure from their partners when it comes to the financial department, despite the image and desire men have to be the money makers of the human species

Of course, there are men whose pockets are doing well enough for them to spoil their women, but women are generally in charge in relationships when it comes to the financial department.