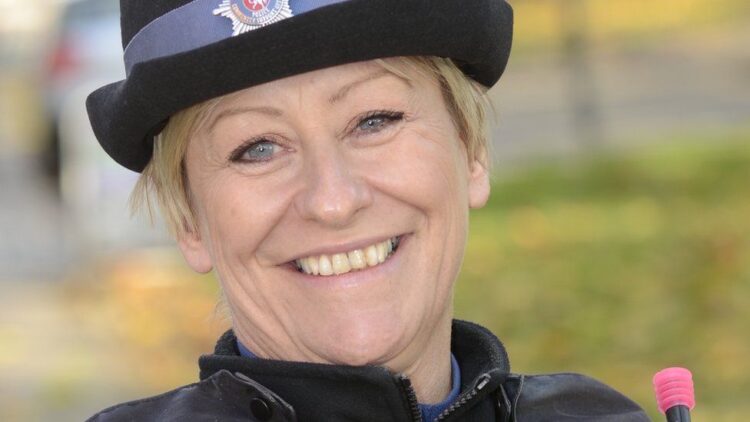 A serving police community support officer found dead in woodland was last seen taking her dog for a walk, according to reports.

A murder investigation launched after the body of Julia James, 53, was found in Akholt Wood, Snowdown, near Dover, just after 16:00 BST on Tuesday, revealed that the officer was off duty at the time of the murder.

Police have been carrying out searches of woodland and nearby fields and Ms James’s home has been cordoned off. The motives of the murder is unknown.

Officers in vans have  been posted at the start of footpaths leading off Holt Street where portable facilities have been erected.

Kent Police colleagues confirmed Ms James had served on the force as a PCSO, and added that  they were pursuing “a number of lines of inquiry” into her death. The tragic death is a moment of s for the police force who work tirelessly to help the public.

Home Secretary Priti Patel expressed sadness about the death to learn of the death. Detectives have appealed for anybody who was in the area on Monday or Tuesday to come forward.

The  fast-moving investigation is challenging for Kent Police officers who are looking into the murder of one of their own officers.

She was last seen by a neighbour leaving her home on Tuesday afternoon as she went to walk her dog.

Assistant Chief Constable Peter Ayling said it had been “a tough day for many” on the force.

There were “some shattered people today following the loss of one of our own,” he said.

Matthew Scott, the Kent police and crime commissioner, said his thoughts were with Ms James’s family and friends.

Egerton Farmers’ Market said Ms James was among a group of PCSOs who held “pop-up” stations at the market where residents could raise their concerns and ask questions.