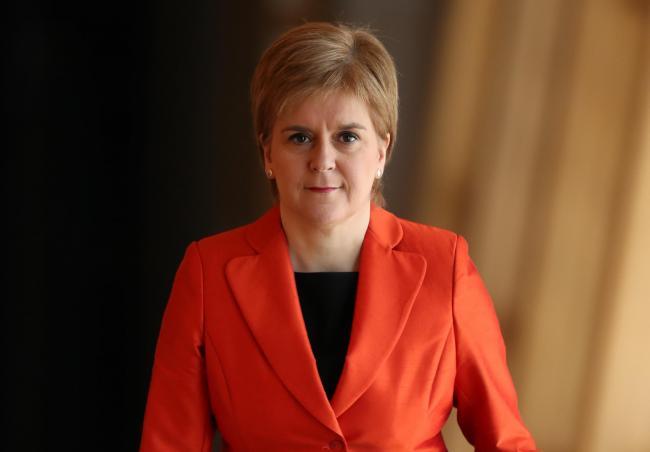 The First Minister said it is time to “shine a light” Asylum Seekers following the brutal stabbing of six people by crazy Sudan national, Badreddin Abadlla.

It follows an attack in Glasgow last week which saw Badreddin Abadlla Adam, 28, from Sudan, shot dead by police officers after six people – including a police constable David Whyte – were injured the Park Inn Hotel on West George Street.

Asked today if it was a “mistake” for asylum seekers to be housed in hotels during the Coronavirus pandemic, Ms Sturgeon said: “These are largely UK Government decisions.

“Many people will aware of the concerns that have been raised over a long period of time now by the Scottish Government with the Home Office about the conditions in which asylum seekers are sometimes living.

“I know that these are concerns that have been raised by Glasgow City Council and by individual members of Parliament.

She added: “There will be a discussion between Aileen Campbell (Communities Secretary) and a UK Government minister later today to look at these conditions and from the Scottish Government’s perspective with a view to ensuring that there are improvements made.”

“I have often had concerns about the conditions in which asylum seekers live,” she said

“I do think it is an important opportunity to look again and shine a light on these conditions and remember that shared and common humanity is something that should be at the heart of how we should treat people who are feeling persecution or war.

It could bring attention to the conditions in which some  asylum seekers in the Uk.live, and lead to recommendations to improve them.  It could also help assess whether living in sub standard conditions can affect the way  people respond to others.  More so, for those who also suffer with mental health issue.

Whatever the conditions in which Asylum seekers live, it won’t justify any wrong treatment they my have given to a mentally ill man who then strikes in such a deadly manner. It will also question why the mentally ill man wasn’t being monitored closely in such a way that prevented this crime.

What it won’t do is change what has happened, but the whole circumstances  around all parties will be established , recorded and evalueted.