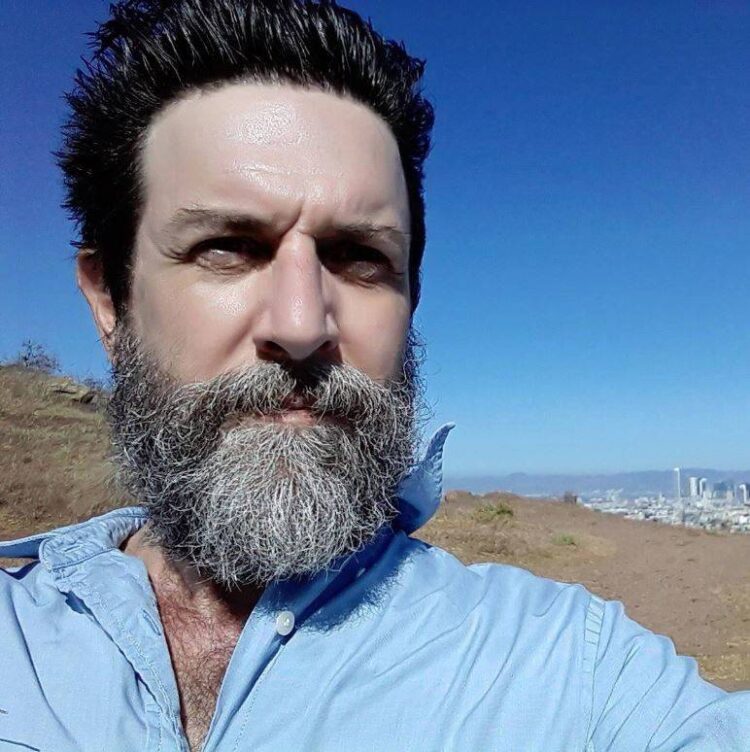 The romantic  interest of a San Francisco man in his friend, has led to his death, after his body was found days after his disappearance.

The death of Christopher Woitel(pictured) is known by close sources to the case, to have been linked to his romantic interest in a homeless man by the name of Bood,  with whom Woitel had developed a close friendship- one also described as ”toxic” by mutual friends of the pair.

Statements  by a spokesman for Woitel’s family indicate they suspected Bood, from Emeryville,  may have been linked to his disappearance. That suspicion is not supported by fact, but one thing agreed by most formerly close to Woitell is that if Bood wasn’t directly involved in his death, Woitell who was showed some level of paranoia, killed  likely killed himself due to his association wit Bodd. There is no other explanation for his mysterious death, and Bood was the last person at Woitel’s property befoe he died

According to Jose Reyed, a friend of Woitel, the deceased man’s romantic interests in Bood was  not mutual, but Woitel  often provided financial support for him, including paying his phone bills. Woitel also accommodated Bood in his property, and would virtually give him all the financial support he needed.

More suspicious was the fact Bood was seen on surveillance footage entering Woitel’s apartment January 7, about 48 hours before his disappearance, and leaving early the next morning.

On Jan. 7, at 9:54 p.m., less than 48 hours before Woitel went missing, surveillance footage captured Bood entering Woitel’s apartment. The next day, at 5:45 a.m., the footage shows Bood leave. He did not return, according to footage reviewed by Williams, the private detective. Between Jan. 8 and Jan. 9, there is no footage of Bood entering or leaving the apartment.

Only 24 hours earlier, Woitel had sent a distressed message to Bood on social media, asking him never to come to his address again. He was not seen again on video coming in or out, according to Scott Williams, the family’s private investigator.

A private investigator  hired by the Woitel family’s private investigator, reviewed surveillance footage , showing him entering his apartment and never leaving, according to  ”The only way out of the apartment was through the back door, Williams said in a statement, and there was no evidence of him leaving. The security camera is triggered by motion at night”.

What we also  know is that Bood was found with Woitel’s cellphone, and  claimed Woitel sold it to him, according to a statement from Woitel’s family.

He also in advance of his body being found, put a facebook post claiming to have psychic abilities that apparently  revealed Woitel was jumped for his computer and and “shot in the head and wrapped in plastic before his body was dumped in the water at the end of Mariposa Street in San Francisco near an abandoned warehouse.”

Those claims have aroused suspicions, because no independent evidence of his psychic abilities have been documented.

Woitel was initially reported missing after he returned home and mysteriously vanished. The mother of the 50 year old last heard from the Guerrero Street resident January 9, according to the San Francisco Police Department

A search of his apartment by a private investigator yielded no results, until the family announced his body was found during another search more than a month later.

Scott Williams, the Woitel family’s private investigator, reviewed surveillance footage that showed him entering his apartment and never leaving, according to SFGate. The only way out of the apartment was through the back door, Williams said in a statement, and there was no evidence of him leaving. The security camera is triggered by motion at night.

The San Francisco man was a computer programmer and longtime Mission District resident.

In the days leading up to Woitel’s disappearance, family members said he was acting strange and paranoid . He wrote unusual posts on Facebook that reflected a deep fear or obsession over the D.C. Capitol riots, asking for money to replace a lost cell phone, and talking about an escape to the mountains.

In texts on Jan. 8, Woitel told Haben that he had been hearing explosions outside his apartment, and that San Francisco felt increasingly “unsafe” because he feared protests by Trump supporters could spill into the city. Only hours before his family lost contact with him on Jan. 9, Woitel told Haben that a “man on a loudspeaker” passed by in a car, urging residents to “get out now.”

The posts suggests paranoia of an extreme level.

The San Francisco Police Department declined to comment about the suspicious background to the engineer’s death, given the history between Woitel and his friend Bood, including public posts he  published on social media about his psychic abilities claiming  Woitel was murdered.

A spokesperson for the police department   told The Eye Of Media.Com :

”As a matter of policy we do not comment on, nor go into great detail, an open investigation, as to preserve the integrity and not compromise the investigation. Based on our investigation thus far, and pending the autopsy report of the San Francisco Medical Examiner, we believe that Mr. Woitel’s death was not the result of foul play

”This case remains and open and active investigation. At this time we do not suspect foul play was a factor in Mr. Woitel’s death”.

The only alternative explanation has to be suicide, though the hope for Woitel’s friends and family is that the autopsy tells the full story. Suicide would suggest that Woitel was so frustrated at the lack of mutual interest from his friend, and likely distress from feeling his strong interest in Bood was exploited in a way that saw him pay most of his friend’s bills without getting much back in return.

An official statement from the force read: Christopher Woitel was reported missing by his mother on January 13, 2021. Christopher last contacted his mother via social media on January 9, 2021 and had not been heard
from since.

‘On February 12, 2021 investigators from the SFPD Special Victims Unit (SVU) served a search warrant at Mr. Woitel’s residence on the unit block of Guerrero Street. The purpof the search warrant was to locate evidence of a crime scene.

Investigators found no signs of forced entry into the home, nor evidence of a criminal activity.

Personnel from the San Francisco Fire Department arrived and needed to cut a hole in the ceiling in order to retrieve Mr. Woitel’s remains. Investigators determined that Mr. Woitel likely accessed the crawl space from the roof of the building and not from inside his apartment.

The San Francisco Medical Examiner’s Office (OCME) responded and began an investigation into his death. Foul play in not suspected this incident. The cause of death is pending the medical examiner’s autopsy”.

The death is highly suspicious. Either the committed suicide in a fit of despair due to the rejection from Bood, or something more untoward happened that has escaped detection.

Woitel’s remains were found in a three-foot crawl space above his bathroom, which was hidden from view. Police believe he accessed the crawl space from his roof, and not from his apartment. His cause of death was still pending autopsy at the time of the announcement Wednesday, February 17, 2021.

The San Francisco Police Missing Persons Unit began a search for Woitel after his mother reported him missing, January 13, 2021, police said. He last contacted his mom on social media January 9. The police department sought help from the public in finding the 50-year-old man days before his body was found.

Following the conduct of another search of the building, San Francisco Police conducted an found Woitel dead inside.

The night before Woitel disappeared, he sent an angry message to Bood, who was using his account to write messages on Facebook to people he knew.