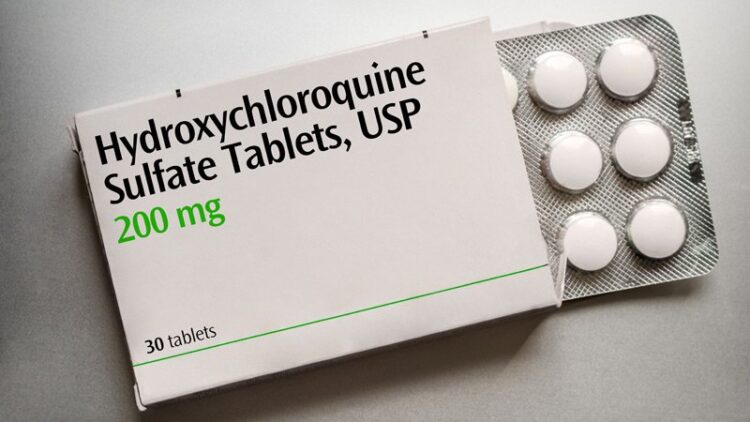 Covid-19 patients treated with hydroxychloroquine and chloroquine are more likely to die or develop dangerous heart arrhythmias, according to a large observational study.

Researchers involved in the study examined data from over 96,000 Covid-19 patients from 671 hospitals. All were hospitalised from late December to mid-April and had died or been discharged by April 21.

Researchers used close to 15,000  people for their experiment, treating them with the antimalarial drugs hydroxychloroquine or chloroquine, or one of those drugs combined with an antibiotic.

“Previous small-scale studies have failed to identify robust evidence of a benefit and larger, randomised controlled trials are not yet completed,” Dr. Frank Ruschitzka, director of the Heart Center at University Hospital Zurich and the study’s coauthor, said in a statement.
“However, we now know from our study that the chance that these medications improve outcomes in Covid-19 is quite low,” he said

There have been no prior published studies on the use of the antimalarial drug to prevent Covid-19.
The drug gained world wide attention after President Trump said he started taking it after consulting the White House doctor, though he didn’t say his physician had actually recommended the drug.

The researchers say that Antimalarial drug chloroquine and its analogue hydroxychloroquine, which is used for the treatment of autoimmune diseases like systemic lupus erythematosus and rheumatoid arthritis.1, 2  have been shown in laboratory conditions to have antiviral properties and immunomodulatory effect.

Properties with  immunomodulatory effect are chemical agent (as methotrexate or azathioprine) that modifies the immune response or the functioning of the immune system (as by the stimulation of antibody formation or the inhibition of white blood cell activity.

Additionally, the study found serious cardiac arrhythmias were more common among patients who received any of the four treatments. The largest increase was among the group treated with hydroxychloroquine and an antibiotic — 8% of those patients developed a heart arrhythmia, compared to 0.3% of the control group.

Previous studies have shown that treatment with chloroquine         hydroxychloroquine, or either drug combined with a macrolide can have the cardiovascular adverse effect of prolongation of the QT interval, which could be a mechanism that predisposes to ventricular arrhythmias
.
Hydroxychloroquine and chloroquine  are widely advocated for treatment of COVID-19 based on in-vitro evidence of an antiviral effect against severe acute respiratory syndrome coronavirus 2. Their use is based on small uncontrolled studies and in the absence of evidence from randomised controlled trials.

Researchers said they found no evidence of benefit of hydroxychloroquine or chloroquine when used either alone or with a macrolide. Previous evidence came from either small anecdotal studies or inconclusive small randomised trials.

Their study included a large number of patients across multiple geographic regions and provides the most robust real-world evidence to date on the usefulness of these treatment regimens.

The study makes reference to the irony that some countries have stockpiled these drugs, resulting in a shortage of these medications for those that need them for approved clinical indications.

The researchers said they had to use a propensity score matching analysis was  individually for each of the four treatment groups compared with a control group that received no form of that therapy, in order to prevent the effect of confounding factors.  They used a separate matched control was identified using exact and propensity-score matched criteria with a calliper of 0·001.

This method was used to provide a close approximation of demographics, comorbidities, disease severity, and baseline medications between patients, the researchers said.

The propensity score was based on a number of variables: age, BMI, gender, race or ethnicity, comorbidities, use of ACE inhibitors, use of statins, use of angiotensin receptor blockers, treatment with other antivirals, qSOFA score of less than 1, and SPO2 of less than 94% on room air. The patients were all well matched, with standardised mean difference estimates of less than 10% for all matched parameters.

Further analyses were then done to examine the robustness of the estimates initially obtained. Individual analyses by continent of origin and sex-adjusted analyses using Cox proportional hazards models were performed.