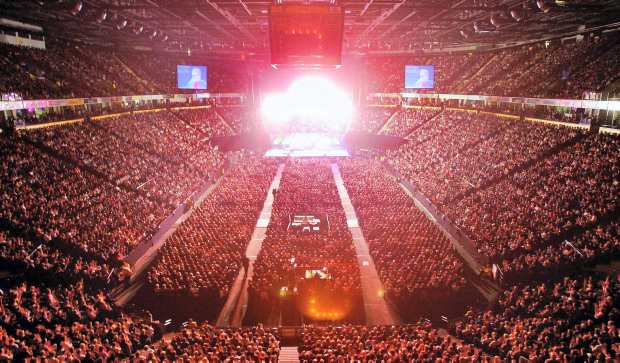 The report into the Manchester Arena bombing has highlighted  serious failings on the part of the British Transport Police  (BTP) and the CCTV in operation on the day, which could have deterred the terorist bomber from detoning his device on that occassion.

”The security arrangements for the Manchester Arena (the Arena) should have prevented or minimised the devastating impact of the Attack”, the report said. ”They failed to do so”. There were a number of opportunities which were missed leading to this failure.

Attacker 22-year-old Salman Abedi detonated a home-made bomb in the arena’s foyer as crowds were leaving a performance by US singer Ariana Grande just after 22:30 BST on 22 May.

The report said  Abedi should have been identified on 22nd May 2017 as a threat by those responsible for the security of the Arena and a disruptive intervention undertaken. Had that occurred, I consider it likely that Ahmed would still have detonated his device, but the loss of life and injury is highly likely to have been less

The report revealed that officers who attended the Victoria Exchange Complex on the evening of 22nd May 2017  defied their instructions and were not fulfilling their professional duties on that fateful evening.

Police officers on the day were instructed by the duty sergeant that at least one of them should position themselves in the City Room from approximately  in readiness for the end of the event.

Five officers were instructed to attend the event to keep it safe, but they failed the British public on that day.  One of those officers, the most experienced, PC Stephen Corke, did not attend the Victoria Exchange Complex at all until after the detonation. PC Bullough, together with PCSO Mark Renshaw left the City Room at one minute to 10 p.m. the report said. Neither of them returned until after the explosion.

The report revealed that two other PCSOs deployed to the Victoria Exchange Complex that
evening: PCSO Jon Morrey and PCSO Lewis Brown, the latter being the former’s mentee .

According to the report, there were no BTP officers in the City Room during the period 22:00
to 22:31, when there should have been at least one. Responsibility for this failing lies with PCs Bullough and Corke and PCSOs Renshaw and Morrey, the report stated.

Police officers had been expressly briefed to stagger their breaks during the concert and to have
concluded them by 21:00, but they ignored the instruction.

”This was a sensible instruction in light of the number of people, including young people, attending the concert who needed to exit the venue safely. This instruction was ignored by the officers who were present in the Victoria Exchange Complex. SA left the City Room at 21:10 and made
his way via the station concourse to a tram platform.

He waited there for a short period before making his way back to the City Room by the same route.
He re‑entered the City Room at just after half past nine, at 21.33pm.

”Due to the BTP officers  ignoring the instruction they had been given, there were no BTP officers in any of the public areas of the Victoria Exchange Complex during the period of SA’s departure from and return to the City Room between 21:10 to 21:33”, the report stated.

The report also stated that the CCTV system failed to cover a Blind Spot and was not properly
monitored. Had it been properly monitored there would have been heightened sensitivity to SA’s presence. His return to the City Room at 21:30 would then have been seen as significant
by those responsible for monitoring the CCTV.

On Thursday, the Manchester Evening News reported that the terrorist suspected of “grooming” suicide bomber Salman Abedi will refuse to answer questions if he’s forced to give evidence to the Manchester Arena public inquiry.

Abdalraouf Abdallah- jailed for terror offences in 2016 – was in contact with Abedi from 2014 ‘both in person or electronically’, the inquiry was told.

Illicit Mobile Phone
Jailed Abdallah is said to have used an ‘illicit’ mobile phone while he was in prison in early 2017 before the bombing to attempt to call Abedi.

The inquiry heard that Abedi also visited Abdallah twice in prison, the inquiry has been told.

Paul Greaney QC, counsel to the inquiry, said Abdallah has evidence of a ‘high degree of potential relevance to give in relation to the radicalisation of Salman Abedi and the planning and preparation for the Arena attack’.

“Moreover he is regarded by Dr Matthew Wilkinson, the inquiry’s instructed expert on radicalisation, as responsible for grooming Salman Abedi into the violent, Islamist, extremist world view,” Mr Greaney added.

The report was stressed that the blame for the multiple murders was squarely on Salmen Abedi, but had police followed the prescribed instructions, Abedi would likely have been approached by the authorities before he completed his mission, and  may have been deterred from detoning the bomb altogether, though there is no evidence that he would not have still committed the crime.