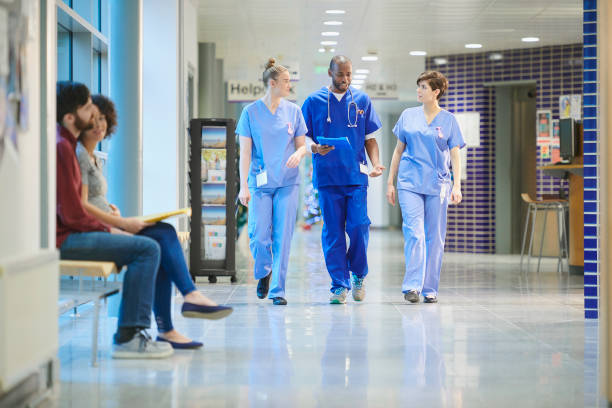 A&E waits are at their worst levels in England since the four-hour target started, plunging the Nhs in a crisis.

A quarter of patients waited more than four hours for treatment in September – with longer waits being recorded elsewhere in the UK.

The waits was apparently due to the hospitalisations of patients due to Covid-19, forcing other patients who need treatment to endure their pain without  the medical support they need.

The UK government has provided GP practices  with £250m to take on temporary staff in an attempt to confront the issues.

However, the British Medical Association said they were “hugely dismayed” with the plan, saying it would not solve the problems.

In England, A&E patients who then went on to be admitted to a ward also faced record-long waits for a bed, so-called “trolley waits” – they tend to be the most seriously-ill and frail patients.

Dr Katherine Henderson, of the Royal College of Emergency Medicine, said: “This data is bleak and is a stark warning of the crisis that we are heading towards this winter.”

She added that emergency departments were “dangerously” over-crowded and there were widespread reports of ambulances queuing outside hospital because of the demands being placed on the system.

The £250m funding plan for GPs is part of the extra £5bn Covid fund announced last month to help the NHS through the winter. It comes on top of the £12bn set aside for GP services this year.

Alongside locum doctors – doctors who stand in for others temporarily – GP practices will be able to use the money to recruit other temporary staff such as physios and podiatrists. Pharmacists are also being encouraged to see people with minor illness to relieve the pressure on GPs.

According to statistics, only 58% of patients were seen face-to-face in August; the first full month following the ending of restrictions.

That compares with 54% in January and more than 80% before the pandemic.

Patients have also complained of long waits on phone lines to book an appointment.

Mr Javid said: “I’m determined to ensure patients can see their GP in the way they want, no matter where they live.

“Our new plan provides general practice teams with investment and targeted support. This will tackle underperformance, taking pressure off staff so they can spend more time with patients and increase the number of face-to-face appointments.”

GP surgeries will be named in league tables if they are judged to have failed to provide an appropriate level of “access”.

But Dr Richard Vautrey, of the British Medical Association, said he was “hugely dismayed” with the package. “It offers very little and shows a government out of touch with the scale of the crisis on the ground.”

He said patients would “continue to suffer” and find it harder to book appointments.

“It is disappointing to see there is no end in sight to the preoccupation with face-to-face appointments.”.