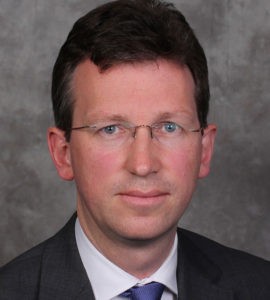 All current rape and serious sexual assault cases in England and Wales will be reviewed, it has been announced. In a dramatic move to save a system failing to do justice to victims and defendants of rape cases, the CPS has announced.

The urgent action taken by the Crown prosecution may reveal a lot more shocking information about the handling of rape cases. It can be assumed that the police generally want to see all rapists prosecuted, but the increasing fall in the number of policemen and policewomen may account for the some of the disappointing errors made in rape cases.

Some errors come down to sheer incompetence, others, lack of care, organisation, and adequate resources. however, when asked by John Humphrey on BBC’s Radio 4 whether falling police numbers had a role to play, Saunders replied:
”That’s not true. Let me simply say this to you – in relation to the Crown Prosecution Service, the number of specialist prosecutors who deal with rape and sexual offences have increased by 40 percent since 2015.

“What we are talking about here is those people doing the job they are expected to do and following the disclosure regime properly – that’s what we should all expect them to do.”

Saunders may be right in pointing out the increase in special prosecutors dealing with rape cases but did not address the aspect of the question that also included falling police numbers. That is because she knows as a matter of fact that the number of police officers has fallen due to governmental cuts, something that needs to be addressed soon.

She is correct about the fact that carelessness is part of the big problem, and even the limited police officers available can probably do better, and prosecutors should work effectively to aid the police to deliver all the relevant information needed to execute a fair judgement for every case.

In advance of the review, Alison Saunders, the director of Public Prosecutions has warned the review could see “a number of cases” dropped.
Her warning follows the collapse of several rape trials because relevant evidence had not been shared with defence lawyers.

Attorney General Jeremy Wright today shut down any suspicion of “widespread malpractice or dishonesty”, simply stating that police and prosecutors needed to get to grips with the way they handled electronic evidence.

Police and prosecutors are obliged to disclose evidence or information that might either help the defence case or harm the prosecution’s case. Growing concerns about the failure to follow rules after a number of failed cases has led to this sudden big step to review all cases.

Concerns have also been expressed about the potential for key information taken from mobile phones, computers, and social media, is not being shared. Important information should always be shared with the relevant parties and the courts. The failure is hugely embarrassing to the police and the prosecution, who must take drastic steps to address this.

One light at the end of the tunnel is that the Crown Prosecution Service, the National Police Chiefs’ Council (NPCC) and the College of Policing, all claim to have launched an “improvement plan” to tackle the issue.
The plan is said to include reviewing training, developing specialist disclosure experts in every police force, and providing all multimedia evidence to the defence digitally.
Ms Saunders – the most senior public prosecutor in England and Wales – said the steps would help deal with “deep-rooted and systemic” disclosure issues which were of “great concern”.
“Changes in society, such as the vastly increased use of social media and mobile phone messaging, bring challenges that all parts of the criminal justice system, despite the resourcing challenges, must deal with,” she said.
“We are taking steps to identify any individual cases of concern as a matter of urgency.”
She added: “Inevitably, bringing forward these case reviews means it is likely that there may be a number of cases which we will be stopping at around the same time.”