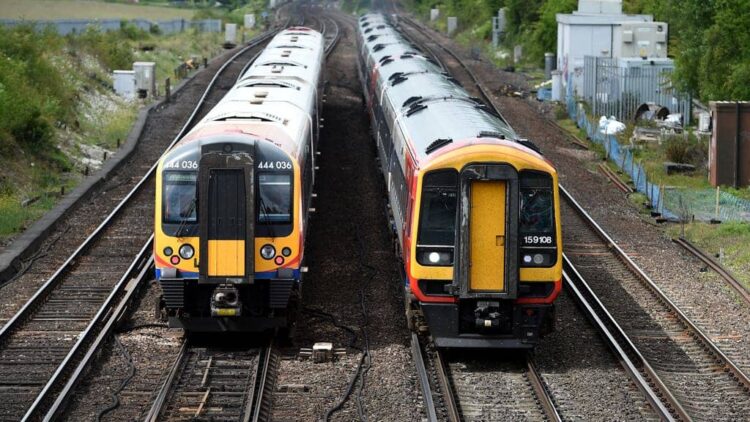 Rail passengers have been promised a better and more efficient service under the biggest shake-up in decades.

A new state-owned body, Great British Railways (GBR), are set to manage the rail infrastructure, including prices and time tables.

Transport Secretary Grant Shapps said it would replace an “overcomplicated and fragmented” system.

The government says a more unified rail system will lead to more “high-quality, consistent services” from 2023 onwards, plus better connections, and is also promising a “significant rollout” of more pay as you go, contactless and digital ticketing on smartphones.

They are due to go on sale on 21 June for use seven days later, and will allow passengers to travel on any eight days in a 28-day period.

Darshita Rajani, who lives in Wellingborough but works in London, welcomes the idea of a flexible season ticket.

Currently a season ticket for her journey costs just under £8,000. But she will only be doing three days a week when she goes back to the office so that would be prohibitively expensive.

“If things don’t change I will still have to buy a season ticket, which is a waste of money, but a day ticket costs £116,” she tells the BBC.

“It’s insane how much they charge for a 50-minute train journey. I hope there will be two-days-a-week, three-days-a-week flexi tickets.”

The reforms follow the chaotic introduction of new timetables in May 2018 and years of complaints about the “fragmented” franchising system, which has been scrapped.

GBR will replace the current track operator, Network Rail, in 2023 and the government says the new system will look more like Transport for London, with multiple operators under one brand.

The systems will differ slightly in Scotland and Wales, where transport is devolved, but GBR will still operate in those nations.

Most rail services will still be run by the private sector, but under new “passenger contracts” they will be expected to meet targets on punctuality and efficiency for the first time.

“And that really is a more reliable punctual service and better opportunities [when] buying tickets.

“There is an enormous opportunity here not only to simplify the way that people buy tickets, but also to benefit from a retail environment which gives greater flexibility in the way that fares are operated in the future.”

Mr Shapps, who also worked on the review, said the the new reforms would give the railways “solid and stable foundations for the future” after “years of fragmentation, confusion and over-complication.”

On possible fare rises, he pointed out that the taxpayer had plugged a £12bn hole during the coronavirus crisis to keep the railways operating and fares were subsidised.

But he said there was no “hidden agenda”.

“Of course any government in the future will have to weigh those things up,” he said.

That concentration of power will also be a potential Achilles’ heel. One of the successes of the privatisation was the freedom for train companies to do new things – a freedom that was a partial factor in the remarkable revival in passenger numbers in the past two decades.

If that spirit of innovation is lost – and if civil servants and politicians endlessly interfere in the working of the new authority – the railways risk sliding into stagnation.

The fear among railway executives is that the Treasury, having had to pay dearly to support services during the pandemic, will seek to claw back spending, leading to cuts in services.