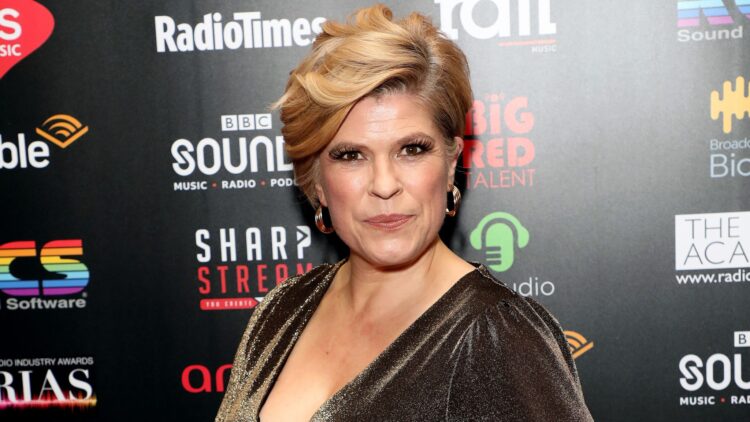 By Ashley Young And Victoria Mckeown-

Sarah Everard’s murderer Wayne Couzens flashed at a radio presenter, and Met Police officers laughed when she reported it.

The Magic FM DJ –  also known as Emma B – said he exposed himself to her when she walked past an alleyway in Greenwich, south-east London, in 2008.

She told BBC Radio 4’s Woman’s Hour she recognised him when she saw his photo in news reportslson, 50.

The Radio DJ told the Daily Telegraph that a man shouted “hey” at her and when she turned around, she saw a man she believes was Couzens with his trousers down, exposing himself. Couzens was a special constable for Kent police between December 2006 and September 2010.

The Met Police and police watchdog are investigating her complaint.

Ms Wilson told the programme she was “so very sure” it was Couzens – who at the time was a volunteer officer with Kent Police – and that it “adds to the clamour of chances there were to stop this man”.

Her allegation is one of many damning revelations  describing the pervert cop, given a whole-life term last month for the kidnap, rape and murder of Ms Everard, describing

The police watchdog, the Independent Office for Police Conduct (IOPC), is looking into the Met’s handling of three other alleged indecent exposure incidents involving Couzens, including two which allegedly took place in south London three days before he murdered Ms Everard.

The other allegation centres around a report of how Kent Police investigated a claim in 2015. Details of a car linked to Couzens had been passed on to police but he was not identified.

A Met Police review found that an allegation Couzens exposed himself outside a fast-food restaurant in the days before he murdered Ms Everard had been allocated for investigation, but by the time of the marketing executive’s abduction it was not concluded.

The IOPC said two Met officers had been served with misconduct notices for possible breaches of professional standards in relation to the incident.

Ms Wilson said she knows it was Couzens who exposed himself to her as he had a “face that doesn’t go anywhere, it stays with you”.

She explained how she ran into a nearby shop to alert police who then visited her to take a statement.

“They were asking me what I could see… he was playing with himself and there were specifics about his state of arousal that they thought were quite amusing. It was really humiliating,” Ms Wilson said.

“I remember clearly saying to them, ‘I really hope this is all he needs to do’ and I said that at the time because I was so struck by how feeble their response was.”

The presenter said the incident was “aggressive, it was purposeful, it was calculated” and that “it wasn’t this comic character that we have of this local peeping Tom or the local flasher in the flasher mac”.

“There’s a really big part of me that hopes it wasn’t him because if it was, this is horrific that it could have gone on for so very, very long.”

The Met Police said at the time, that a search of the area was conducted but the suspect could not be found. CCTV inquiries were unsuccessful and the matter was passed on to the local safer neighbourhoods team for intelligence.

The force added that to the best of its knowledge, it was “not aware” of any reports before his March arrest where he had been named as a suspect.

It said if it received any allegations it would investigate.

Earlier on Tuesday, Met Police Deputy Commissioner Bas Javid told to BBC Radio 4’s Today programme that the Met will be proactive, and take steps to review the standards and culture of the police force: “We want women and girls particularly to feel safe in communities”, she saod.

“There’s a lot of work to be done to rebuild that trust and give people the confidence to come forward.”

He said as well as the independent review into the force’s standards and culture, the Met Police was taking other steps to be “proactive”.

Those measures include undertaking an examination of all ongoing sexual and domestic abuse allegations against officers and staff, and significantly boosting the number of officers who investigate police misconduct.