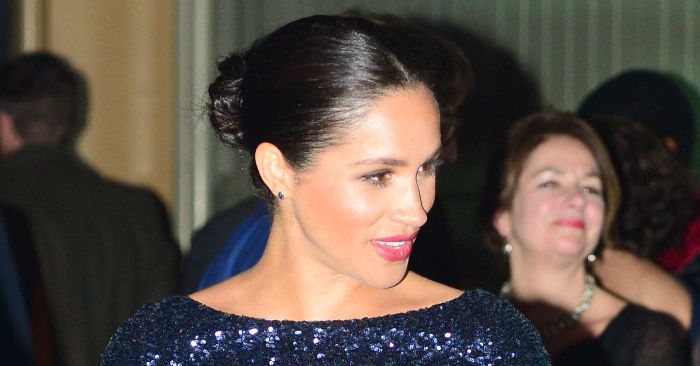 A BBC Question time  debate  was sparked over whether the Dutchess Of Sussex, Meghan Markle is being commoditised or whether her conduct is the cause of the constant media criticism she has been on the receiving end of.

Following a scathing attack on The British Media by Prince Harry yesterday , who accused journalists of bullying and commoditising his wife like they allegedly did to his mother, a member of the panel and one of the  audience had a few strong words to express.

It is an interesting question that will be the subject of future books and documentaries, as the British public are split over their feeling of the Dutchess Of Sussex. The media certainly influence the vies of its readers, but readers also have their own mind.

Not too many people will believe that all the stories published in the press could be false. It is certain that only one side of the story is often being told, but this does not make them all false, but doesn’t exclude this as a possibility.

There should be no false stories in the press, and the general perception the press publish untrue stories is a matter for journalists and editors to change.

The  crucial question of whether Meghan Markle is being commoditised or legitimately being criticised for not behaving properly important to tell apart. It requires careful analysis, using all known facts.

“We can all sympathise with where Harry is coming from.
“Those of us of a certain age who watched those two children – those two little boys follow that coffin of their mother – none of us could fail to be moved and have in the foremost of our minds that those young men would be traumatised by everything they had experienced as children.

LEGITIMATE
“And they are marked probably forever for that. And we are all I am sure very sympathetic.
“But to perceive everything that is happening in the light of what happened to his mother is a deep, deep mistake.
“And it doesn’t take into account the fact that the criticisms that have been made and not vicious or spiteful. They are legitimate criticisms.”

A woman in the audience who was expressing strong disagreement was invited host Fiona Bruce to challenge Ms Phillip’s view to intervene in the debate, as she appeared to disagree with Ms Phillips.

”The woman said: “I remember when Princess Diana died and I remember there were photos of her dying in her vehicle offered to news editors.
“And they had the choice whether to pay good money for these pictures and print them or not.
“And those who chose not to print them I think that was the morally right choice.
“And the word Harry used was that she had turned into a commodity.”

However Ms Phillips was in total disagreement with
She said: “I don’t think the Duchess of Sussex is being turned into a commodity.

“I think people want her to behave rather like the Duchess of Cambridge is behaving – appropriate the Royal Family and in the traditions of the Royal Family.”
But the woman fired back: “In what way is she not behaving appropriately? By wanting some privacy with her new born baby?”

Some commentators believe Meghan Markle’s decision to keep many of the activities of her new born Archie was against royal tradition and resent her for this. Their has also been criticism of Harry and Meghan’s decision to announce the birth of their son later than his actual birth, and keeping the media at a distance contrary to traditional practises.

Against this is the view that Meghan may have been feeling unhappy about her treatment by the British press and do things differently. recently controversial British journalist, Katie Hopkins was outright  abusive and condescending of Meghan Markle in an Australian documentary.