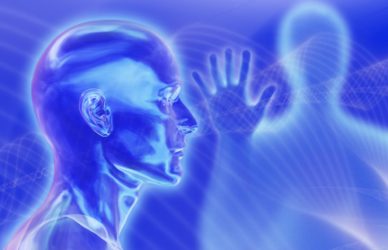 Psychic circles have been hit with the news that their practice is to be banned under new Irish laws.

The new laws to be implemented in June forbids out psychics from claiming to be able to predict the future or contact the deceased.

The broadcasting authorities commercial communications code has a segment that permits psychic activity, but only where it is ” evidently for entertainment purposes only. The new rules also applies to sponsorship and advertising.

News of the stringent guidelines has come as a blow to psychics and trainee psychics, as it inherently discredits a practise purported to be authentic. However , defiant psychics have vowed to continue practising in private , claiming the rule to be ” Draconian” and in breach of the right to freedom of expression.

Trainee psychic, Lindsay O’Brian, told the eye of media.com ” this is Draconian and in breach of our human rights. What happened the right to freedom of expression? The ban gives the impression that psychics can’t predict the future when there is overwhelming proof that many psychics can in fact do this”.

O’Brien is one of 3 psychics who agreed to an extensive research by the eye of media in January to investigate the accuracy of psychics . The research initiated by one of our writers was opposed by the eye of media’s editor Gabriel Princewill, on the grounds that it was a “waste of resources not worthy of its end objective”.

The cost involved wasn’t too high , and most of the tests bar one, have been conducted on phone.

But after a vote to press with the research financed by the writer, the research was given the green light. It involves 3 psychics with allegedly proven abilities to predict the unknown or the future , questioned in detail about private information of three individuals from the eye of media.com and two outside nominees from the team.

The research assesses the ability of the psychic to discuss the past and present of the people and clearly pinpoint in ” unambiguous ” detail, future events in their lives.

The eye of media.com can confirm that tests so far have yielded a 75 percent rating of success, but the dates for future predictions have not yet come. Participating psychics have been instructed to be as specific as possible , providing names of people and places where applicable.

The research also goes beyond the claims of psychics to be ” born with the gift ” and explores thoroughly the true source of any real psychic powers that exists.