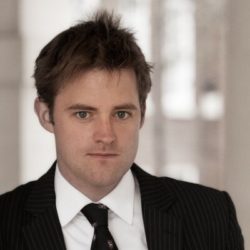 A barrister has received a 3-year suspension after buying ‘ chemsex drugs’ that killed his former boyfriend.

Henry Hendron was told at a misconduct hearing that he could reapply for his profession in two years time, as his suspension was backdated to last year May. Hendron found his Columbian lover, Miguel Jimenez dead next to him, following an overdose in Temple , London, where Hendron lives.

The disgraced barrister was sentenced to 140 hours unpaid work after admitting intent to supply in 2016. His illegal act was a shame, and he admitted bringing his profession to disrepute, an admission that only serves to smear the law profession in an unhelpful way.

Barristers are expected to be law abiding, especially as they occupy a position that seeks to defend the law on various issues. Many people will find the fact he can even reapply to join the profession to be distasteful, but it was obviously determined that his offence does not warrant him losing his career indefinitely.

It leaves the bitter taste that he may continue to use chemsex drugs even when he is reinstated, but will never be caught unless another incidence similar to his one occurs.