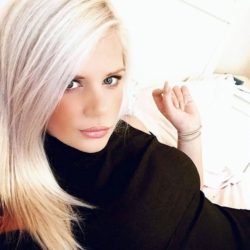 Mentally ill soldier, Jay Nava, has been jailed for 21 years for killing the mother of their children whilst they were asleep.The soldier stabbed his former partner 11 times to ” shut her up” whilst their three kids were fast asleep upstairs.

Evil Java attacked 26-year-old Natasha Wake last October in what was described as a “frenzied and violent outburst ” after she had discovered he was investigated by police for sexually assaulting another woman.

The evil and demented soldier based in Plymouth launched a barbaric attack so extreme that the blood of his former lover spilled all over the walls of the walls, forcing him to lie to their 6-year-old daughter that it was ketchup.The pathetic monster then tried in vain to hang himself after the brutal murder in Bournemouth.

The horrific murder devastated the family of young Wake, causing several family members to cry endlessly, as the shock and pain of the dreadful loss took its toll on the family.

An anonymous associate of Java told the eye of media.com ” Java had mental health issues, a lot of his experiences as a soldier affected him greatly. There is no excuse for his behavior, but I don’t think he was all there”.

The monstrous attack is a reminder of how easily women can fall in love with devils without realizing.
A man who has so much evil in him did not deserve to have any woman near him, let alone kids. He is a menace to society and is right where