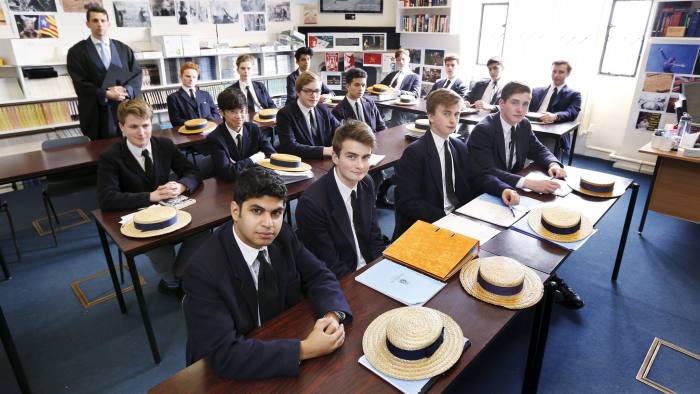 Privately educated students are more likely to experience bullying, start drinking earlier and take more risks than their state school counterparts, according to a new study.

The study, led by the University of York, examined the effect of going to private school to young people’s emotional and social development, once family background and prior educational achievement had been taken into account.

The researchers found that attending a private school had a negative impact on some aspects of development.

While private school children are less likely to have behavioural problems, the study found they are 15% more likely to experience bullying over the course of their secondary school education; 24% more likely to take risks, and are younger when they have their first alcoholic drink, than students attending state schools.

In the UK, seven per cent of secondary school children are privately educated. In 2019, tuition fees cost an average of £18,000 per year for day students or £35,000 for boarders. In the same year, the median household income in the UK was £28,400.

Lead author of the study, Professor Sophie von Stumm, from the Department of Education at the University of York, said: “Private schools expend greater educational resources than state schools for their pupils, including higher-qualified teachers and better pastoral care.

Because of this difference in support, we expected much more positive outcomes for private school students – we thought that they would exceed their state-school peers in areas such as volunteering, practicing safe sex and self-control, which require being considerate of others and the consequences of actions.

“Our study adds to a growing body of evidence that many of the alleged benefits boasted by private schools are actually a product of their selective intake of students rather than the value that the schools add.

“Parents naturally want the best for their children, but for those who would struggle with the astronomical fees, our message is not to feel guilty – private school is not a necessity.”

The study looked at data from 2,682 individuals who took part in a large cohort study — 2,413 attended state schools and 269 attended private schools.

The researchers analysed data on family background and prior educational achievements as well as information gathered from questionnaires (conducted with participants between the ages of 12 and 21) on factors including well being, peer victimisation, sexual behaviour, substance use and anti-social behaviour.

The findings of the study suggest that, when it comes to overall well being across adolescence, private and state school students do not differ.

Professor von Stumm added: “In the wider population we often assume that a private education will have a very positive impact on a child’s development. Our study suggests we have unrealistic expectations of the virtues of a private education, when in reality many of its benefits result from the legacy of a privileged family background.

“Interrogating the role of private schools in Britain is important because we live in a country where the majority of leaders in politics, business and in the arts were privately educated.”

The research excluded information about the positive academic benefits from many private schools in the Uk. Most private schools teach a small sized class of about six people, allowing them to concentrate fully  on each pupil.

Many schools insist of entrance exams in order to select pupils that can cope with the pace of teaching at that school, others don’t bother and are simply concerned with the fees. The best private schools usually insist on highly qualified teachers, but it varies from school to school. When we say they are independent schools it means exactly that. They set their criteria”

The research follows revelations last Monday that a black authour suffered persistent bullying and racism during his time at Eton College in the 70’s, with his white counterparts often questioning whether he sat the exams he passed himself and asking why he was black.

Bullying in private schools is usually a sign of egoism from pupils with a superiority complex mainly stemming from the fact they come from a rich background.