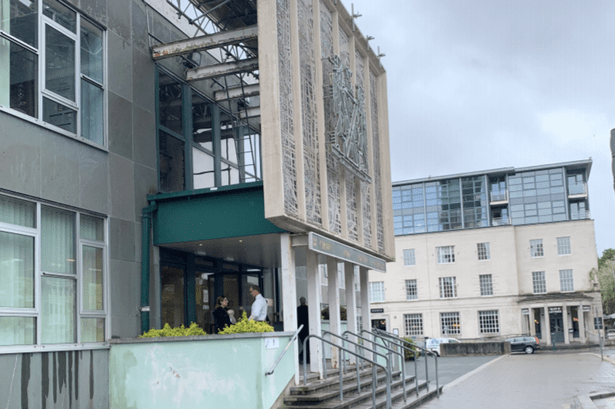 A woman has been told to expect a prison sentence after she partnered up with a murderer to write letters soaked in drugs to inmates.

Katie Hayes, 29, penned the letters soaked in Spice to prisoners at HMP Dartmoor, with a tiny square of paper being able to carry a hit of the synthetic cannabinoid.

Plymouth Crown Court heard she plotted with Craig Rouget, 33, to supply the drugs and mobile phones.

Rouget, now at HMP Guys Marsh in Wiltshire, was jailed for life in 2007 for stabbing 21-year-old James Dean to death in his native Guernsey.

He now faces extra time behind bars while Hayes, of Trevassack Manor Park in Hayle, also faces a prison sentence.

The pair pleaded guilty to conspiracy with others to supply a Class B drug between January 2019 and March 2020.

They also admitted plotting to smuggle mobile phones with others into prison between the same dates.

Rouget, appearing over a videolink, admitted possession of a mobile phone at HMP Dartmoor in September 2019.

Judge Peter Johnson adjourned sentencing for psychiatric and probation reports to be prepared on Hayes.

He told her: “The fact that I am releasing you on bail should not be taken as any indication of the sentence you are likely to receive.

“I know Miss (Kelly) Scrivener will tell you how serious these matters are and your expectation should be a custodial sentence.”

Miss Scrivener, barrister for Hayes, said her client would be submitting a basis of plea – or her version of events. She said Hayes denied taking phones into the prison.