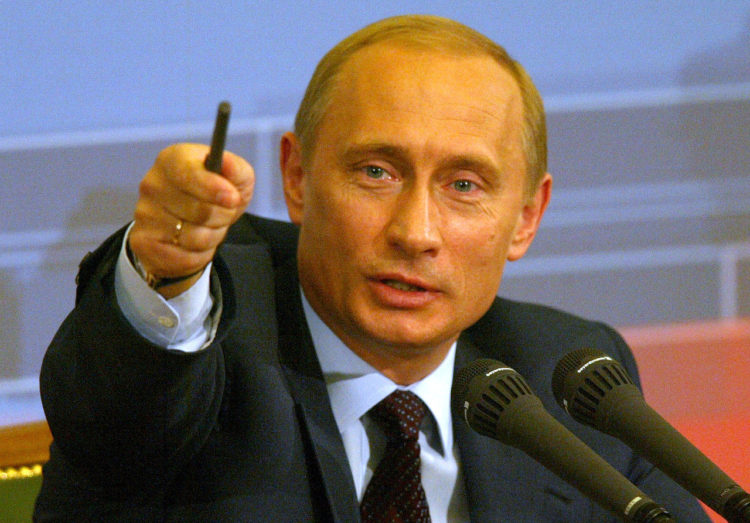 Vladimir Putin has been branded more dangerous than both Adolf Hitler and Joseph Stalin by Poland’s Prime Minister – who warned his ideology must be “rooted out entirely”.

Mateusz Morawiecki  raised the alarm about the Russian President, whom he  claimed has “deadlier weapons at his disposal” than the 20th century despot

Mr Morawiecki said that “deputinisation” is needed to make the world safe again.

, the Polish leader said: “Putin is neither Hitler nor Stalin.

“Unfortunately, he is more dangerous. If Europe does [not] stop him, Putin will march Russian forces further into Europe.”

Mr Morawiecki said it is “up to us where we decide to stop ( Russia )”.

He attacked Putin’s ‘Russkiy Mir” ideology – which means Russian World, placing the country at the centre of world power, with sinister echos of 20th century communism and Nazism.

Mr Morawiecki branded it “an ideology through which Russia justifies invented rights and privileges for its country”.

‘Putin’s ‘Russkiy Mir’ (Russian World) ideology is the equivalent of 20th-century communism and Nazism,’ he wrote. ‘It is an ideology through which Russia justifies invented rights and privileges for its country.’

The warning comes amid fears that Putin will continue to escalate war in Europe even if he is able to secure victory in the Donbas region.

Mr Morawiecki said that Putin ‘once again presented to the world the mythology of the Russian victory over Nazism,’ but ignored the decades of turmoil brought about by the Soviet Union in many eastern European countries after the war.

Now, he said, Putin has ushered in a new era of Russian imperialism and is spreading propaganda that ‘describes the aggression against Ukraine as an operation to ‘denzify’ the country.’

Russia has suffered heavy losses since launching its invasion, with an estimated 25,000 troops killed after facing strong resistance. Many Russian oligarchs have been sanctioned following the invasion of Ukraine

It is now feared that Putin is prepared for a long war, and intends to continue his warmongering beyond Ukrainian borders.

Yesterday US Director of National Intelligence Avril Haines said a Russian victory in the Donbas region in eastern Ukraine might not end the war.

“We assess President Putin is preparing for a prolonged conflict in Ukraine during which he still intends to achieve goals beyond the Donbas,” she said.

The intelligence chief added that the United States had indications that Russia wanted to extend a landbridge to Moldova’s breakaway region of Transdniestria.

“Combined with the reality that Putin faces a mismatch between his ambitions and Russia’s current conventional military capabilities … the next few months could see us moving along a more unpredictable and potentially escalatory trajectory.”

Powered by
On Tuesday Ukraine said its forces had recaptured villages from Russian troops north and northeast of the city of Kharkiv.

President Volodymyr Zelensky said the Ukrainian successes were gradually pushing Russian forces out of Kharkiv in the country’s northeast, which has been under perpetual bombardment since the war began.

Al Jazeera journalist shot in head by ‘Israeli forces’ while reporting from West Bank undefined
Follow Mirror
Facebook
Twitter
Comments
8
How Would You React If The UK Got Attacked? This Game Simulates Geopolitical Conflicts
What if the UK got attacked? Or what if Germany invades France again? In the game Conflict of Nations players can simulate hundreds of scenarios featuring diplomacy, intelligence systems and modern weaponry.
CONFLICT OF NATIONS
| SPONSORED
HMRC Tells Married Couples To Check For Tax Back Worth £1,260
CONSUMER HELPDESK
| SPONSORED
If You Spend Time On Your Computer, This Vintage Game Is A Must-Have. No Install.
FORGE OF EMPIRES
| SPONSORED
MORE ON
VLADIMIR PUTIN
RUSSIA UKRAINE WAR

Get email updates with the day’s biggest stories