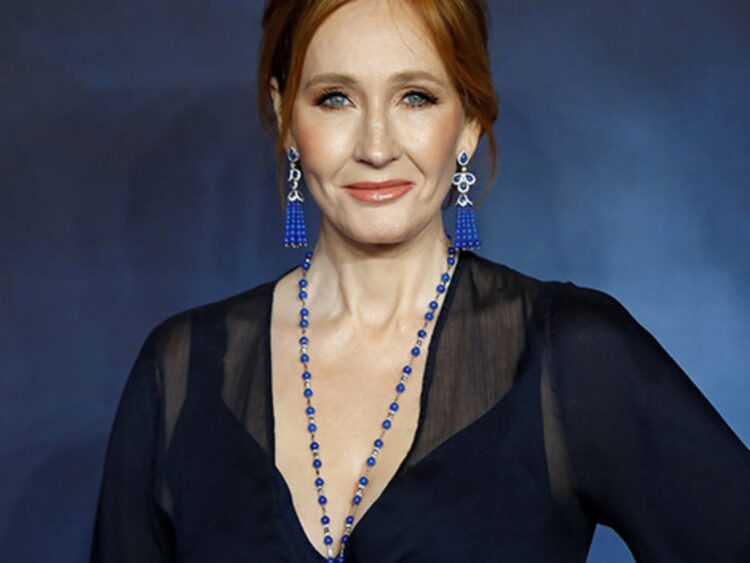 Police announced they would take no action against trans rights activists who posted a photograph of JK Rowling’s home online.

The author contacted police in Scotland in November after the tweet, which showed her Edinburgh house and revealed the address. The image showed activists standing outside the property with placards carrying slogans such as “trans liberation now”.

Scotland  police said on Monday that no criminality had been established following inquiries.

Rowling had said the photo made her a victim of “doxxing” – the act of publishing private personal information about an individual or organization, usually online, to enable others to take action.

“I have to assume [they] thought doxxing me would intimidate me out of speaking up for women’s sex-based rights,” she tweeted in response to the activists at the time. “They should have reflected on the fact that I’ve now received so many death threats I could paper the house with them, and I haven’t stopped speaking out.

“Perhaps, and I’m just throwing this out there, the best way to prove your movement isn’t a threat to women, is to stop stalking, harassing and threatening us.”

The campaigners deleted the photo the day after it was posted. They said the decision was made after they received “serious and threatening transphobic messages”.

In 2020, Rowling sparked controversy after taking issue with a headline on an online article discussing “people who menstruate” and said: “I’m sure there used to be a word for those people. Someone help me out. Wumben? Wimpund? Woomud?”

Critics accused her of being transphobic, an allegation Rowling strongly denies. After she published a lengthy essay explaining the development of her critical stance in sex and gender debates, the lead actors of the Potter film franchise, Daniel Radcliffe, Emma Watson and Rupert Grint, all made public their support for transgender rights.

Rowling has been criticized for her views on transgender issues, described it as “doxxing” – the malicious act of publishing personal information.

Police Scotland have confirmed that no criminality was established.

Ms Rowling claimed her home address was exposed when a photo of the three people outside her home was put online in November.

She wrote on Twitter that the image depicted the activists in front of her home, “carefully positioning themselves to ensure” the address was visible.

She believed the activists had attempted to “intimidate” her out of “speaking up for women’s sex-based rights”.

The campaigners deleted the photo the day after it was posted.

Ms Rowling sparked controversy in June 2020 for posting tweets which took issue with the phrase “people who menstruate” – she objected to the avoidance of the use of the word “women”.

In a lengthy blog post, the writer said her interest in trans issues stemmed from being a survivor of abuse and having concerns around single-sex spaces.