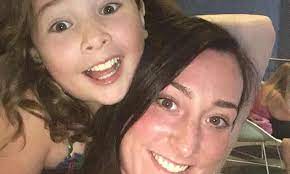 A criminal investigation into a number of deaths at a Glasgow hospital, including that of 10-year-old Milly Main is a disturbing development for doctors and nurses. It puts them in a tight corner.

Milly’s mother recently told the inquiry her child was murdered, indicating that she was deliberatly killed. No evidence of such evil intention has been found, but the very allegation suggests foul play from nurses or doctors. Doctors and nurses are generally trusted and professional, but history has shown that a few can be quite sinister. One of the most widely known cases of a doctor who was a serial killer, is Harold Shipman .

Shipman was found guilty  of the murder 15 of his patients, and had amassed 250 victims altogether. No evidence has emerged to suggest murder, but police find some of the circumstances serious enough to launch a criminal investigation.

A review in May found an infection which contributed to Milly’s death was probably caused by the Queen Elizabeth University Hospital environment.

The Crown Office and Procurator Fiscal Service has now instructed police to investigate the deaths of Milly, two other children and 73-year-old Gail Armstrong at the Glasgow campus.Officers will look into how Milly Main contracted a fatal infection while being treated at the Royal Hospital for Children – part of the QEUH campus.

It is understood the probe could lead to criminal charges or a fatal accident inquiry.A spokesperson said: “The investigation into the deaths is ongoing and the families will continue to be kept updated in relation to any significant developments.”

The Crown Office added that it was committed to supporting the Scottish Hospitals Inquiry and “contributing positively” to its work.

Milly’s mother spoke out as part of the Scottish Hospitals inquiry, which is currently looking at issues with the construction of facilities in both Glasgow and Edinburgh.

“My view is that the hospital should be closed,” she said. “I don’t think it’s safe… I feel like the health board need to be punished for all of this.”

Milly died in 2017 after contracting stenotrophomonas – an infection found in water – while being treated for leukaemia.

Ms Darroch had said she was unaware of the infection which contributed to her daughter’s death until after she died.

Labour leader Anas Sarwar has been supporting Ms Darroch and her family since 2019, when a whistleblower came forward to reveal a link between infections and the hospital water supply.

Mr Sarwar said the new investigation was “a very welcome and overdue development”.He told BBC Scotland: “The family has welcomed the investigation, they recognise it as good progress but it’s painful – let’s not forget that at the heart of this tragedy is children that were already unwell, made more unwell.

“In some circumstances children lost their lives because of design faults and individual failures at the hospital by management.

“What the families need now is answers, closure and confidence that this is never going to happen to a family again in the future.”The investigation is also looking into the death of Gail Armstrong in January 2019. She was treated for blood cancer at QEUH before she contracted the fungal infection Cryptococcus.

Pigeon excrement at a hospital plant room was at first thought to be the “likely source” of her infection.

But an independent review last year said there was “not a sound evidential basis” to link Cryptococcus and the presence of pigeon excrement at the hospital.Cryptococcus is widely present in the environment but can be lethal to patients with compromised immune systems.

Mrs Armstrong’s daughter Beth Armstrong told BBC Scotland the last two years have been “absolutely awful” and the family do not feel their voice has been heard.

She said: “We feel as we’ve been looking for answers and ever since my mum died, a huge PR machine kicked in at the hospital. We’ve found it very difficult to get straight answers and it has felt to us like a cover up.

“That’s not just of concern to us in terms of my mother, it’s a concern in terms of citizens – we need to know that our hospital is safe and the management will own up to any problems and resolve them.

Beth Armstrong said the family had been waiting for the current police investigation “for a very long time” and said they would be “watching very closely” for the outcome.

A spokesperson for Police Scotland said: “Our investigation is at a very early stage, it would be inappropriate to comment further.”

NHS Greater Glasgow and Clyde said it was aware of the police probe and it would be “inappropriate for us to comment further”.