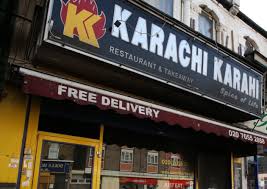 How vigilant can we as consumers be when eating in public restaurant these days? The answer is that there isn’t really much we can do to escape the recklessness or cruelty of individuals whom we trust to take due care in supplying us safe and healthy food when they are delivering a customer service to which we are paying.

Resident at the porche Windermere Gardens in Ilford, the couple were found guilty of supplying unsafe food believed to be the popular Indian dish chicken biryani – when catering for a Sindhi Association of Europe (SAE) event in Chigwell, Essex, two and a half years ago in August 2013.

Four days later they were reported by the SAE to Newham Council who carried out an inspection and banned the restaurant’s owners from providing outside catering. This was not the first time they had been on the council’s radar. After an inspection in November 2012, the restaurant closed voluntarily for a deep clean. Again in July 2013 it was served with hygiene improvement notices.

At Snaresbrook Crown Court on Friday, the hard judgment they deserved came tumbling down on them when Judge Alastair Hammerton condemned them for recklessness and said: “You deliberately closed your eyes to the risks by poor food management and went on regardless.
“Your failure to comply with the hygiene improvement notices amounted to recklessness. Had you complied I’m satisfied that the risks posed by serving inadequately warmed food would have been all but eliminated.”

DEAD
A 39-year-old woman who had eaten at the event was believed to have died from poisoning arising from her feeding at the couple’s restaurant, but the sitting Judge expressed uncertainty with respect to the cause.
found the Memons’ kitchen hygiene to be inadequate Picture: Newham Council

Following detailed consideration of expert analysis of experts, the judge found there was not sufficient evidence to prove her death came as a result of food poisoning. Experts felt pretty certain there was no other plausible cause for the death of the woman in question, but the issue of absolute legal certainty was not satisfied in the Judge’s view.

“At the end of the day the lack of microbiological evidence means that I can’t be certain,” he said. “That the experts can’t produce an alternative explanation is not enough. I’m therefore not convinced that the necessary causal link is made out.”
Mayoral advisor for environment and leisure, Cllr Ian Corbett told waiting reporters that the judge had been “too lenient”.
He said: “[The restaurant] repeatedly ignored the warnings to clean up their act from our officers and showed no regard for the safety of their customers.
“At the very least they should have received a substantial fine, or even time behind bars, for the reckless behaviour they have shown. Community service is little penance.”
It is fair enough for the Judge to require concrete and undeniable evidence that the death of the woman was caused by the poisoning before meting out a harsher sentence to the couple. However, the mere possibility that this couple may have in the process killed customers out of their carelessness is so disturbing that a jail sentence would have been deserving even for the fact they had repeated warnings which they recklessly ignored. Perhaps we ought to take a peep at kitchens in restaurants before we eat. No, customers should be expected to have full faith that all restaurants are complying fully with health and safety measures. These couple are worse than scum!