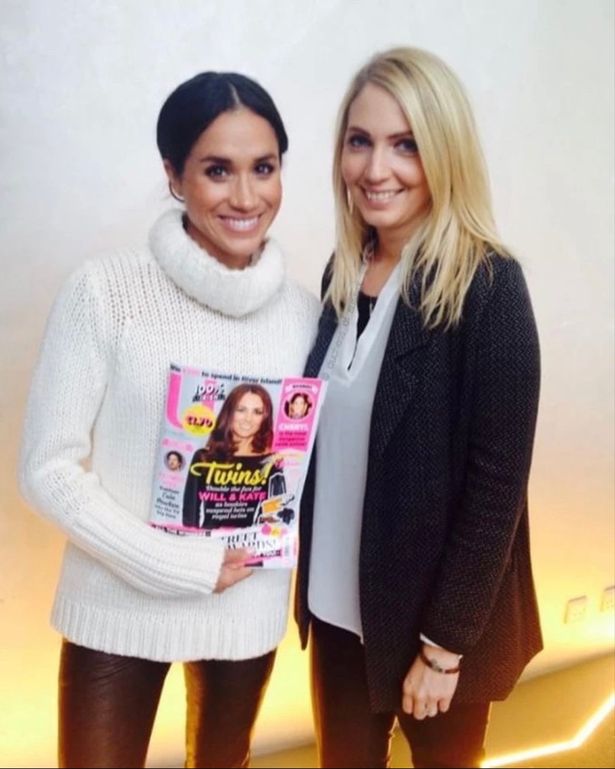 A resurfaced photograph of Meghan Markle  holding a magazine with Kate Middleton the Duchess of Cambridge on the cover is sparking debate as to whether she lied about not researching the royal family before she met Prince Harry.

The photograph could tarnish her reputation as far as perception of her  honesty is concerned, unless she provides some clarity to the inevitable debate arising from the revelation. Her argument is centred on her having not particularly researched Prince Harry himself.

Her words to Oprah in this regard was in relation to her husband Prince Harry, though a picture of the Duchess Of Cambridge with Meghan Markle suggests she had strong interest in the royal family before she even met Prince Harry.

Some analysts say the fact she may have had interest in the royal family is different from her researching the internal workings of the royal family, which she would not be able to obtain through research anyway.

One researcher Chris Williamson says an open mind has to be taken as to what her statement meant. ”Meghan Markle could have meant she did not go out of her way to investigate what royal life meant in terms of their customs and expectations. Her claim not to have researched the royal family does not mean she had no knowledge or interest in the royals before she met Prince Harry.

Research implies inquiring  knowledge from a body of  available information with the goal of increasing one’s understanding and knowledge. I’m not sure a picture she had of Kate Middleton is enough to expose her comments as being false

“She said she didn’t do any research on Harry or his family before she got married!” one person posted on Twitter. “Was that because she was more interested in what Kate had?”

One other Twitter user believed this was enough to say, “She has stalked the Royals for years!!!”

However, this opinion was not the only one floated on social media, as they felt the photo was only enough to prove she held the magazine, instead of doing research into the expectations of royalty.

“Easy with that stretching there.. you’ll pull something”, a Twitter user replied.

Former television presenter, Piers Morgan, has accused the Duchess Of Sussex of telling lies during her interview with Oprah Winfrey. He was forced to leave his Good Morning Britain show after he said he did not believe a word she said, including her claim to have committed suicide.

Meghan said that lies spread in the press, such as she had made Kate cry in a pre-wedding dress fitting, had left her with feelings of suicide, and how her cries for help were ignored by the Palace.

The royal couple, who are now based in LA, also spoke about an unknown family member who asked about how dark their son Archie’s skin would be. When pressed for the identity of this person, the royal couple declined to reveal it.