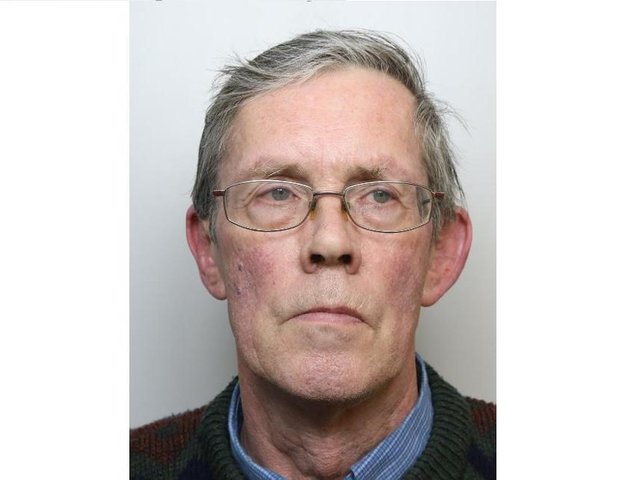 A paedophile has been jailed for just 20 months after more than 50 indecent images of children were found on his laptop.

Recorder Stuart Sprawson sentenced him to  12 months imprisonment for the indecent and prohibited images and eight months for the court order breach at Northampton Crown Court on Wednesday.

Locals in the area felt the sentence was too light. Charles Anderton from Northamptonshire told The Eye Of Media.Com: ” the sentence is too light for a paedophile. Why should people who pose a dnager to our kids be allowed out so soon after such serious offences? Paedophiles should be locked up and the keys thrown away”.

The pervert  told police he had accidentally visited a chat room which had indecent images of children, which ‘shocked’ him.

Charles Pearce was jailed after having some of the most serious images on the device, which police seized in December, 2020, as the internet search history had been deleted, breaching a court order.

The 67-year-old, of Boughton Green Road, had only been released from prison for a previous breach of a sexual harm prevention order a few months earlier.

Recorder Stuart Sprawson sentenced him to  12 months imprisonment for the indecent and prohibited images and eight months for the court order breach at Northampton Crown Court today (Wednesday, July 21).

“You have been informed in the past and I inform you again that possession of indecent images of children is not a victimless crime,” the judge told Pearce.

“Those recorded have their lives ruined because people like you who have an unhealthy and unlawful criminal interest in them.”

Recorder Sprawson said Pearce has a ‘significant’ record of sexual offences, dating back to the 1980s, including indecent assault on a child under the age of 16.

The defendant’s sexual harm prevention order means, among many things, he is subject to regular checks on his internet devices to ensure he is not looking at illegal content.

Almas Ben-Aribia, prosecuting, told the court the defendant was visited by police on December 28, last year, when an officer found the internet history only went to the day before.

Recorder Sprawson said: “Your deliberate deletion of your browsing history was to frustrate the police.

“The internet access for people with your kind of background is regulated and controlled so members of the public are kept safe and in particular young children are kept safe.”

After investigating the laptop, 54 indecent images of children were discovered, including five in the most-serious ‘category A’, 24 ‘category B’ and 25 ‘category C’.

Searches for indecent images of children and software which deleted tracked cookies and cleaned browsing history were also found on the laptop.

At interview, Pearce told police he had accidentally visited a chat room which had indecent images of children, which ‘shocked’ him.

Recorder Sprawson said: “That prepared statement was to minimise your responsibility and culpability for the offences and undermine the harm you undoubtedly cause through them.

“The suggestion this was mere coincidence that you had these images I do not accept an reject entirely.”