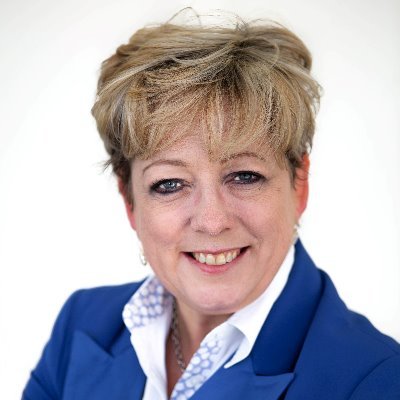 A Conservative MPs comments to children in an Essex secondary school is to be examined by the Parliamentary Committee on Standards, after parents and children were left upset.

Jackie Doyle-Price, MP for Thurrock (pictured)is accused of breaching section 17 of the Parliamentary Committee Code  which states that ”members shall never undertake any action which would cause significant damage to the reputation and integrity of the House of Commons as a whole, or of its Members generally.

Under accountability, ”holders of public office are accountable for their decisions and actions to the public and must submit themselves to whatever scrutiny is appropriate to their office”.

Ms Price visited Harris Academy in Ockendon where she addressed the secondary school pupils,  and told pupils she did not support Black Lives Matters, when asked by a pupil at the school during a question session.

Black parents spoken to in the Thurrock area said they couldn’t trust Jackie Price as their Mp, following those comments. Some black parents branded her racist, and called for her to step down from her position- something that won’t happen. Other parents in the Ockendon area who have deal with the Mp, described her as ”efficient” and ”on the ball”, and were shocked at her comments. An explanation is expected by the Mp to make her position clear on her comments which has sparked uproar.

This will be the first time a member of parliament will be reported to the Parliamentary Committee for discrimination related matters,  not explicitly outlined under the rules, but falling within the ambit of section 16- causing damage to the reputation of the House Of Commons as a whole. Insiders at the Committee Standards have indicated that the complaint might be swerved by suggesting that any damaged caused to reputation affects the Mp herself, and not that of parliament.

Of the small sample of 11 parents  spoken to by The Eye of Media.Com, with a wider research of the response of locals expected in the week ahead,eight  people said the Mp was racist, and threesaid she was simply giving the response she felt her colleagues and associates would want to hear.  Seven out of 11 white parents spoken to said it was wrong of the Mp to make such a statement in a school, and four said the Mp meant she was not support in taking the knee in light of the drama caused by the GB News presenter who got taken off air for taking the news on their programme.

The Mps comments to school children will have plenty of implications after a full analysis is conducted of exactly what her response can be taken to mean, and whether she accidentally announced herself to be racist by making those comments.

Insiders at the Committee Standards  indicated that the complaint might be swerved if it is adjudged not to fall outside the remit the remit of its codes of conduct. One suggestion made was that any damage caused to reputation affects the Mp herself, and not the House Of Commons as a whole. Adopting such a stance will come under heavy scrutiny if it becomes the formal position on an incident with manifestly high racially charged connotations.

It could further damage the reputation of both the House Of Commons and the Committee on Standards, if they are reasonably shown to be ineffective in addressing unacceptable conduct of Mps, particularly those associated with suspected racism or discrimination.

Under resourced And Undertrained

A report in May into the Conservative Party’s handling of racism complaints by Prof Singh  found  that the party has “an under-resourced and inadequately trained complaints team and a weak data collection system”.

The same inquiry also criticized the Conservative Party for failing to properly investigate allegations of internal racism, because of a lack of “transparency”, training and staff. Without pre-empting the outcome of the standard committee’s examination of Mp Price’s action at Harris Academy, one can’t help whether investigators have the wherewithal to investigate issues relating to the sensitive issues of race.

Some organizations aware of this issue have told this publication they would watch with great interest.

While there are no obligations for members of the public to actively support the BLM movement, and not actively or openly  supporting Black Lives Matters or any of its symbols, cannot be concluded to be racist, it smacks of racism when an MP makes statements like those of Jackie Doyle.

Her comments are even more poignant in light of the latest BLM uproar following the murder of George Floyd, caused by police officer Derek Chauvin who knelt on the African American’s neck for close to 9 mins. The killing led to mass protests in the U.S and abroad, right in the middle of the pandemic.

Protesters brought defaced statues in protest of the struggles of black people from their colonial masters, prompting protection of the statue of Winston Churchill. This ugly side of the group inevitably became identified with the movement-drawing condemnation from all quarters  against the protesters.

The  Black Lives Matters movement started in 2013 in response to police brutality against black people was set up to address the  killing of several unarmed  black youths in America, shot dead by police over many years. It has since been used to highlight the need to eradicate systemic racism in the Uk and America, but In April, its former executive Patrick Cullors sparked uproar when it was revealed she had spent $3m on four houses in a white neighbourhood of Los  Angelis, without accounting for where she got her money from. Ms Cullors reacted by accusing the media of being racist, but this publication followed the matter up by contacting Ms Cullors a number of times, asking her to explain the lavish expenses.

Cullor eventually stepped down from her position, claiming she planned to step down in advance- a position not so believable. In reality, she is believed to have caved in to the pressure, and called it a day. Ms Cullors shortcoming in failing to account for her spending rightfully led to cries of hypocrisy against her actions- causing wide criticism from right wing observers, ordinary citizens,  and also black critics. Her  ostensible indiscretions still could not detract from the legitimate purpose for which the movement was instituted.

Mp Price  demonstrated an alarming lack of discretion and judgement in her expressed disapproval of Black Lives Matters to young children in a racially mixed school. One pupil said the Mp allegedly explained why she did not support the taking of the knee – with one pupil claiming the MP branded it a “Marxist idea” that contributed to the defunding of the police.

A student from the school also took to Twitter, writing: “Jackie Doyle Price came to my school today.

“She told us she didn’t believe in the Black Lives Matter organization because of the defunding of the police and that it was a Marxist idea.” 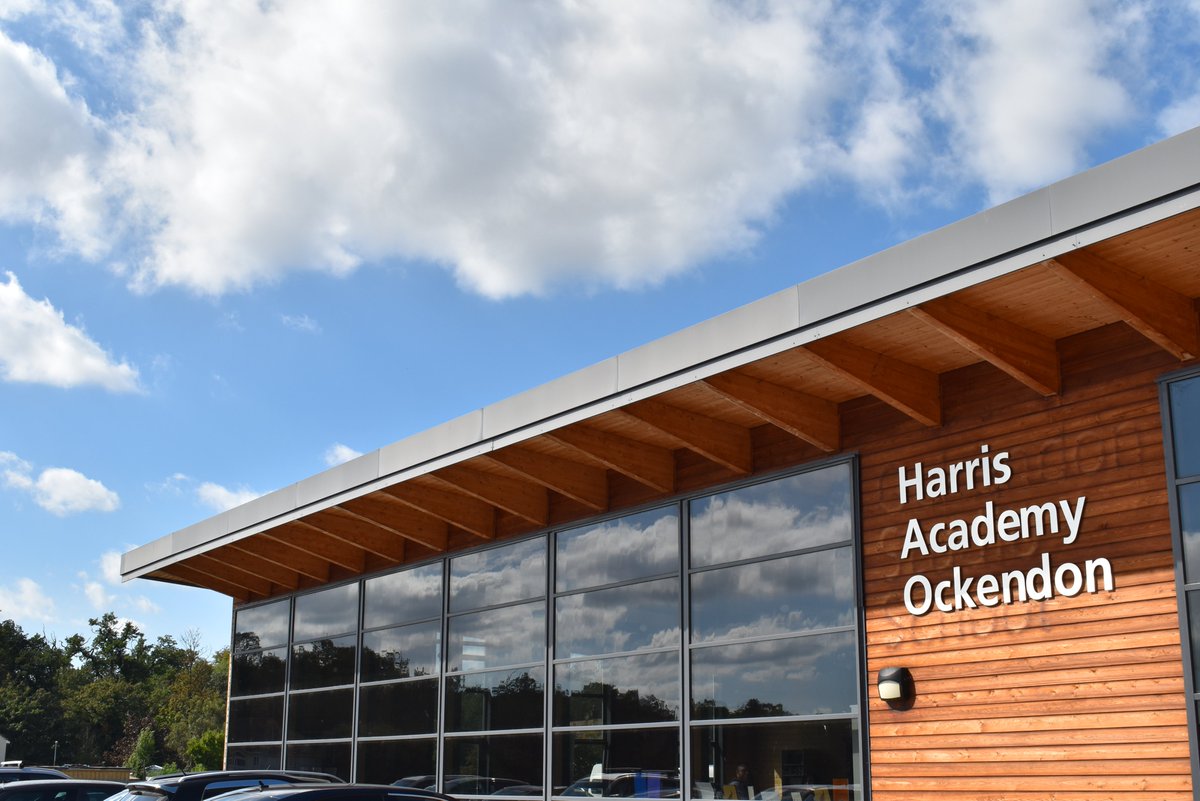 The Mps comments comes after  Priti Patel said she “didn’t support people participating in taking the knee – referring to the act “gesture politics” . Patel also has no obligation to support taking the knee, but expressing disapproval of anything representing a fight against racism should not come from the mouths of those who should be leading the country. Not supporting taking the knee, is not as bad as openly expressing a disapproval of Black Lives Matter from an Mp.

The Mps words were far more serious than those of Ms Patel, and while the Home Secretary’s words were not acceptable, her racial background means she would not have been perceived as being racist, but rather, as playing party politics to suit the feelings of unknown parties.

For the past year, footballers have taken a knee ahead of matches to send a powerful message about racism.

The gesture has been  met with booing by some fans at some games.

Three Lions manager Gareth Southgate said his squad have a duty to stand up for “equality, inclusivity and racial injustice” and said those who stand against these aims were “on the losing side”.

Mp Jackie Doyle will fall within the bracket of Southgate’s definition, not for not supporting taking the knee or even Black Lives Matters and the multiple connotations that could accompany being perceived to support the movement.

Rather, the Mp by her very comments undermined the fight against racism, and even went as far as unwittingly endorsing racism. By so doing, she furthered the perception that racism is not a serious issue that should be opposed and that many other law makers share view. The message to  young teenagers was consistent with the ideals of racists. If Parliament has  no checks in place to counter such behaviour, it tells an even bigger story.