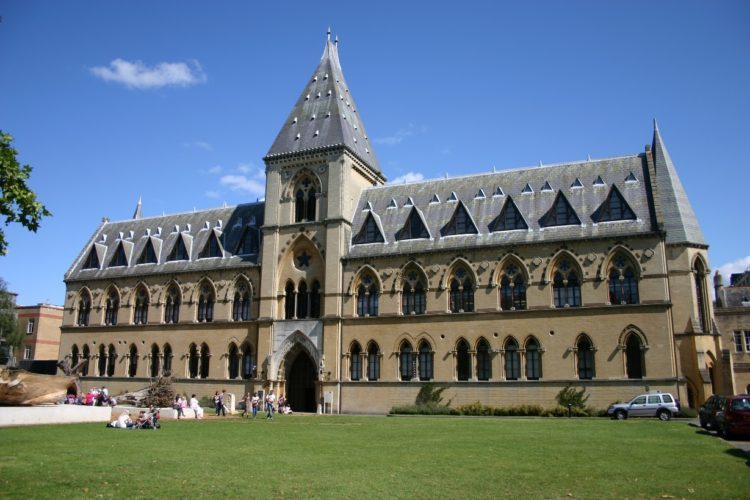 Oxford University’s vice chancellor, Fiona Richardson, must get her department’s in order following the revelation of misconduct by an Oxford bridge undergraduate temping student last January.

The misconduct arose after one of our writers contacted the Oxford University press office to inquire about university closures due to the snow, The receiver of the call highlighted that although she was an Oxford bridge student, our writer had, in fact, reached the Oxford press office, not that of Oxford bridge. Pushing his luck, the writer sought to explore whether the girl could assist his investigation, but she rudely and immaturely slammed the phone on him.

The impudent girl’s misdemeanor made it deducible that she was unprofessional and hadn’t received adequate training for the post. A freedom of Information request by The Eye Of Media.Com to Oxford University revealed that some students voluntarily work in the press office without pay. The finding reveals why it would be unlikely for such students to have received adequate training if they work free of charge. Appropriate codes of conduct would be expected to accompany crucial stipulations of work etiquette in dealing with the press.

This student- a 19-year-old second-year student- lacked the maturity and foresight to deal with the press prudently. She presumably met the academic requirements for admission into Oxfordbrdge University, yet lacked the common sense and prudence to appreciate she was dealing with the press. In a brazen show of underdevelopment and lack of professional substance, she demonstrated poor professional grooming and utter incompetence.

All the girl’s duties required her to do was issue press releases and communicate requests or inquiries from the press to the relevant department. Yet, she failed to civilly highlight the confinements of her duties to a probing journalist without incident. The writer, sharp on the job, quickly identified her defective grounding and substance for the job. A further probe to the vice chancellor’s office led to another slamming of the phone on him. The shameful events that transpired calls for the vice-chancellor, professor Richardson to get her offices in order, and ensure a competent level of training to her staff.

Shortcomings of this extent are not fitting for a premier University of such elite academic level. Whilst academic development is an integral aspect of optimizing one’s future prospect, the application of common sense and foresight is more pertinent to the overall building of character and substance in the pragmatic world. The unnamed student demonstrated zero class and wisdom, exposing in the process an inherent flaw in the workings of a highly academic institution falling short in a basically pragmatic area professional custom.

Professor Fiona Richardson now has the fresh task of overhauling the proficiency of her departments
professor Richardson must not preside over a system in which individuals lack the common sense to realize that their actions or omissions can reflect adversely on the University.

Richardson served as an assistant professor and then an associate professor in the Harvard Government Department. She had the additional honor of serving for eight years as Head Tutor and Chair of the Board of Tutors (Director of Undergraduate Studies) in the Government Department. In July 2001, she was appointed the executive dean of the Radcliffe Institute for Advanced Study. An accomplished professional, her position as vice chancellor comes with several responsibilities.

Professor Fiona Richardson has testified before the United States Senate and has appeared on television networks like Fox, BBC, and a host of other broadcast outlets. Her materials have also admirably been featured in numerous international periodicals.

As Vice-Chancellor, professor Fiona Richardson is the principal academic and administrative officer of the University. Her role is to secure a financial base to facilitate the delivery of the University’s mission, aims and objectives. This surely includes the provision of reasonable remuneration to those students who work voluntarily as press officers and other voluntary roles are undertaken by students seeking valuable experience. Students in many universities are encouraged to pursue unpaid work for work experience. Notwithstanding, time-consuming work in the University which are time-consuming to any degree and likely to compete with the demands of a rigorous academic schedule must deserve some remuneration.

Ideally, students working under the capacity of press officer should be offered remunerations of some sort to reinforce the obligations expected of them, and to give them a legitimate feeling of a real sense of duty. There are no legal obligations on Universities to refuse voluntary work which can be seen to usefully comprise work experience. However, training will be fundamentally expected of a top University like Oxf
Oxford University released a brief statement to The Eye Of Media.Com in relation to the training they offer prospective press staff. It read:

An induction programme is provided to all members of staff who join the Press Office to help them to settle into their role within the University. However, the statement fell short of any details of what Oxford University’s induction to press staff entails.
The emotional and financial well being of students should be given more consideration when placing them in work positions that are unpaid.

In retrospect, the student in question did not merit the reward of payment for a post she appeared inept for, but adequate training from ostensible masterminds at a top University like Oxford should be no challenge should be no challenge to attain. The Eye Of Media.Com also requested to find out what disciplinary action was taken against the student but received no response to this question. We also wanted to know what they pay their paid press staff, or if indeed they are paid.

Understandably, it would be difficult for the University to punish a student temping free for them, but it also highlights the conflict of interest it produces when staff or those working in such capacity can act with impunity. Now, The Eye Of Media.Com has been forced to submit our dissatisfaction to the ICO(who regulate unfulfilled FOI requests) to assess whether the University is acting inappropriately in its response to our questions.

Press officers at Universities and every institution should envisage the possibility of all manner of inquiries from the press and should be well primed in providing an intelligent response to inquiries, including those to which they have no immediate answer. Oxford University remains one of the best University’s in the Uk for research and academic developments, but it must improve its overall strengths when it comes to the overall operation of its various departments. Otherwise, the high prominence Oxford University has acquired over the years will be betrayed by woeful levels of incompetence at its core.