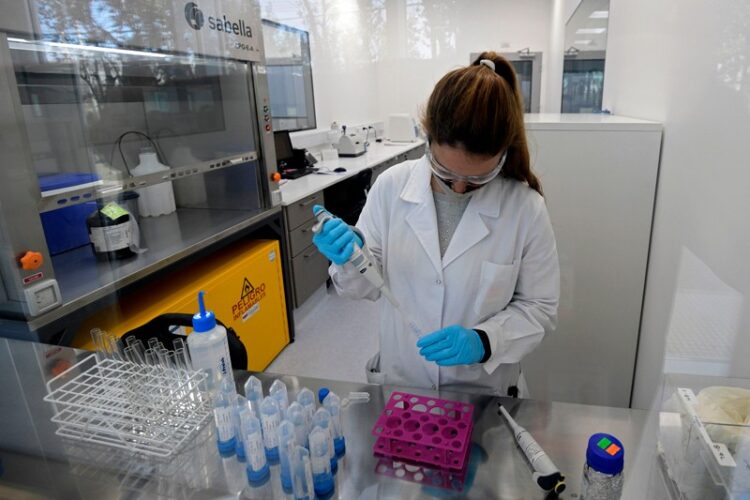 Scientists behind the Oxford/AstraZeneca coronavirus vaccine are developing a new jab they hope will counter the highly transmissible Delta variant.

A new version of the Oxford vaccine is being developed to effectively address the Delta coronavirus variant.

The initiaive has been put in motion by members of Professor Dame Sarah Gilbert’s team at the University of Oxford – the same scientists behind the AstraZeneca jab first rolled out in January, writes Samuel Lovett.

Last month, professor Gilbert  said covid is unlikely to mutate into a deadlier, vaccine-evading, variant because it’s run out of “places to go” .

she said: “We normally see that viruses become less virulent as they circulate more easily and there is no reason to think we will have a more virulent version of Sars-CoV-2.”

Dame Sarah said that some variations were to be expected but predicted that coronavirus would eventually become like the flu virus, saying: “What tends to happen over time is there’s just a slow drift, that’s what happens with flu viruses. You see small changes accumulating over a period of time and then we have the opportunity to react to that.”

The effort comes in the wake of rising infection rates with almost 50,000 new Covid-19 cases logged yesterday, after schools resumed.

Professor Neil Ferguson, from Imperial College London told BBC Radio 4’s Today programme that cases are so high – and it is partly because our immunity is not currently as high as other Western European countries.

“Partly, we were very successful in getting vaccination rolled out early and we know that gradually immunity wanes over time after you’ve had that second dose, so how early we were means we are a bit more vulnerable”.

“Second, we relied more on the AstraZeneca vaccine and, while that protects very well against very severe outcomes of COVID, it protects slightly less well than Pfizer against infection and transmission, particularly in the face of the Delta variant.

“And finally, we just sit behind a few other countries, not dramatically, but we’re no longer in the top rank of European countries in terms of overall vaccination coverage, particularly vaccinating teenagers.

“Overall coverage rates here are considerably lower, for instance, than in Spain, Portugal and Denmark.”

Accelerating both the booster programmes and vaccinating teenagers would be “critical” to keeping down COVID rates, he said.

Following suggestions people have just gone back to normal, he said “people need to be aware that we currently have higher levels of infection in the community than we’ve almost ever had during the pandemic”.