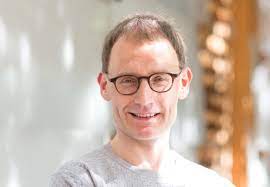 Neil Ferguson has called for the acceleration of the Covid booster programme.

Ferguson, from Imperial College London, called for the speeding up of boosters and the vaccination of teenagers, suggesting two doses of a jab to block infection and transmission.

Ferguson’s warning came in light of statistics that Covid-19 cases in the UK are at their highest level for almost three months, with the seven-day average standing at 44,145 cases per day.

Ferguson’s poor record of making predictions always in itself questions the credibility of his public pronouncements, as far as  his critics are concerned.

The fact the notable professor’s  previous models have been so off the mark, has questioned the credibility and integrity behind some of those wild unfulfilled predictions.

Some critics believe Ferguson’s predictions could be there to cause a stir in the direction of his interests, others say he turns up with predictions intended to influence minds, and to highlight himself.

Ferguson predicted  200 million deaths worldwide from bird flu in 2005, but just 282 people died between 2003 and 2009, significantly lower than the scary prediction he had announced.

The importance of the vaccine roll out in schools to keep infection levels down is one for the government, but the issue of parental consent is the sticky point of debate, not addressed by Ferguson.

Speaking to BBC Radio 4’s Today programme, Prof Ferguson, whose data was instrumental to the UK going into lockdown in March 2020, said the UK had higher Covid cases than other countries for a number of reasons.

“First of all, we have lower functional immunity in our population than most other Western European countries and that’s for two reasons,” he said.

“Partly, we were very successful in getting vaccination rolled out early and we know that gradually immunity wanes over time after you’ve had that second dose, so how early we were means we are a bit more vulnerable.

“Second, we relied more on the AstraZeneca vaccine and, while that protects very well against very severe outcomes of Covid, it protects slightly less well than Pfizer against infection and transmission, particularly in the face of the Delta variant.

“And finally, we just sit behind a few other countries, not dramatically, but we’re no longer in the top rank of European countries in terms of overall vaccination coverage, particularly vaccinating teenagers.

“Overall coverage rates here are considerably lower, for instance, than in Spain, Portugal and Denmark.”

In response to a question of whether Covid booster jabs are the answer to waning immunity, Prof Ferguson said: “Absolutely, and there’s data coming through now, which is not completely clear cut, but good data coming through from Israel, which shows that, if you’ve had the third booster dose of the vaccine, then you get very high loads, better than even you had after the second dose.

“And so I do think it’s critical we accelerate the booster programme.

“The other thing is infection rates are highest in teenagers at the moment and most other European countries are ahead of us in vaccinating teenagers and giving them two doses, not just one dose.

“Two doses really are needed to block infection and prevent transmission, so I think that’s the other problem, keep pushing on, getting coverage rates up higher in the teenagers who are driving a lot of this infection.”

He said the doubling time for hospital admissions is currently about five weeks, “so I think we need (to be) on the case, and we do need to prioritise the (booster) vaccination programme but we’re not in the same position as last year.”

He added: “I don’t think it’s a reason to panic right now but I would certainly like to see vaccination booster doses accelerated, vaccination for teenagers accelerated.”

The vaccination of teenagers has been a contentious issue among parents in the Uk, some complaining of its detrimental effect of authority of the parents.

He said the Government “was very clear that it wanted to move away from social distancing measures, but it’s notable, clearly, that most Western European countries have kept in place more control measures, vaccine mandates, mask-wearing mandates, and tend to have lower case numbers and certainly not case numbers which are going up as fast as we’ve got. But at the end of the day this is a policy decision for Government to make.”

Ferguson said: “people need to be aware that we have currently higher levels of infection in the community than we’ve almost ever had during the pandemic”, amid suggestions that people have just gone back to normal.

“Nobody likes having their freedoms curtailed by measures but it’s prudent to be cautious in everyday interactions – certainly wearing masks helps that, it reminds people that we’re not completely out of the woods yet,” he said.

Asked if the country should be worrying about another lockdown, Prof Ferguson said it was “very unlikely we’ll see anything like the levels of deaths we saw last year”.

He added: “Coming into the winter, there may be a Plan B which needs to be implemented, which involves some rolling back of measures, but I doubt that we’ll ever get close to lockdown we were  in January of this year.”

Sir David King, who was the Government’s chief scientific adviser from 2000 to 2007, said the pace of the Covid booster rollout was going “extremely slowly”.

According to the Government statistics, 2.3 million people in England aged 80 and over had received both doses of vaccine as of April 17 – so were eligible for a booster dose as of October 17.

NHS England figures show that 1.3 million people in England in this age range (around half) had received a booster dose as of October 17.