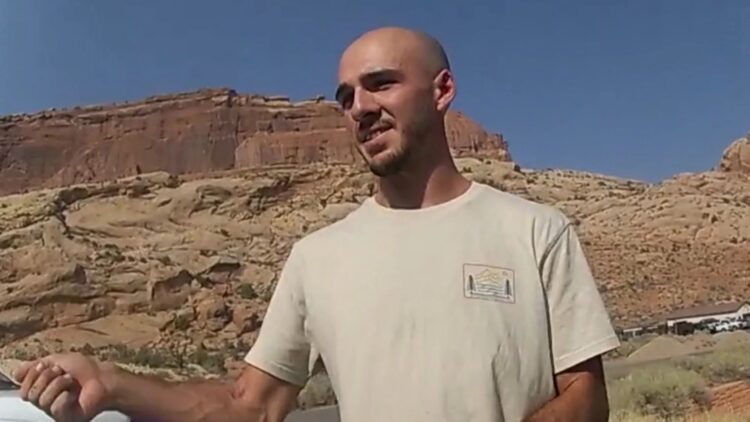 The North Port police in Florida were monitoring Brian Laundrie, the fiancee of deceased YouTuber Gabby Petito, before he disappeared, officials have said.

Cops were surveilling the 23-year-old fugitive “as best as they could legally”, according to Josh Taylor, the North Port police spokesperson.

Mr Laundrie is a person of interest in the Petito case. The 22-year-old blogger’s remains were discovered on 19 September in Wyoming’s Grand Teton National Park, after a week-long nationwide search. Her death was confirmed as a case of homicide.

Laundrie returned alone to his family’s North Port home September 1 following a trip the two were taking across the American West. Petito’s parents, unable to make contact with either her or Laundrie, reported her missing 10 days later. Roughly two weeks after his return, Laundrie disappeared, his parents told police.

They never spoke to Mr Laundrie before his disappearance,  but had their eyes on him. When authorities went to his family’s house on 11 September, he was not seen and “there was no opportunity to speak with him”, the police said.

Police also said  the authorities do not have the phone Laundrie had with him on the couple’s trip, nor do they have Petito’s phone. Neither phone was in Petito’s van, which Laundrie drove back to Florida, Taylor told CNN

Petito and Mr Laundrie were on a two-month-long cross-country road trip in the US. But only he returned to his family’s North Port home on 1 September. After Petito’s family were unable to contact their daughter for days, she was declared missing on 11 September.

The couple had hit a rough patch along their journey and were seen engaging in an altercation in August. The two had to be physically separated for a night in Utah by the police.

Laundrie’s  family reported him missing on 17 September as they had not heard from him since 14 September, when he went for a hike in the “vast and unforgiving” 24,565-acre Carlton Reserve. Since then, the police have launched a manhunt to locate the absconding person in the alligator-infested nature reserve.