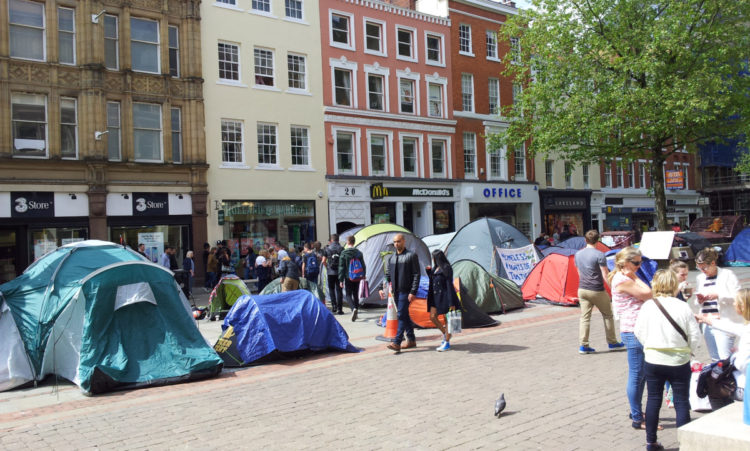 A new strain of Spice is destroying Manchester’s young and homeless people, the eye of media.com has heard.

Emergency calls to people in the city centre who have collapsed after taking Spice have risen, with many victims admitted to hospital over the dangerously lethal drug. Emergency ambulances were called nearly 70 times in the past 3 days alone because of people who had fainted over spice, with 26 calls accounted for Sunday alone. Some users literally ‘space out’, holding onto lamp posts for dear life whilst on the drug, others just pass out and have to be taken to the hospital. The number of people experimenting with spice in Manchester has grown phenomenally in the last 6 months, according to Venessa Brown, who lives near the City centre.

She told the eye of media.com ” it is getting bad here, everyone is talking about it. Many of the lads here think it makes them hard if they can handle spice, but they are just trying and wasting their life away. Spice is the most dangerous thing a human being can smoke, I was given it once thinking it was a roll up, and I actually thought I was going to die. I had to be taken to the hospital and I felt so lucky to survive it. I have seen people in town so many times past out like drunkards, some have hit their head in the process with blood everywhere. When you ask if they were attacked by someone, or drunk, those with them would just say, no he is on spice”

”I have no idea how these people survive it, but it is such a dangerous thing for anybody to smoke. I read the article on your site about the crazy guy on spice who killed his girlfriend and was even surprised he had the energy to attack someone when he was high on spice. But I heard some people don’t pass out, but their head just goes crazy when on it, but they try to brave it out”
One lad who has been to hospital three times over spice has refused to give up the drug. He told the eye of media.com ” I’ve been to hospital 3 times in the past, but my body has got used to it now. I don’t pass out anymore on it, I just get high and handle the high. I’ve tried going back to skunk, but the spice is the one for me, I love the way it makes me lose myself for a while, but I can still stand on my feet when on spice”.

The added danger with spice users is the possibility of them influencing much younger teenagers to try the drug, exposing them to serious physical and mental risks in the process. Children need to be warned seriously about the dangers of spice from a young age, all its dangerous components need to be made clear to them so that they are fully informed long before they ever encounter it. The same goes for drugs, more education on the matter is very important.