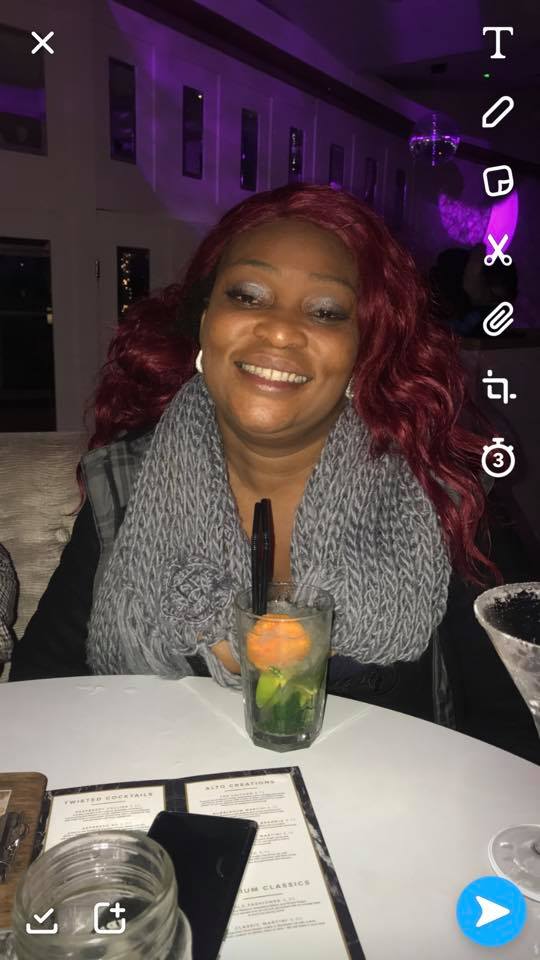 A mother and her daughter are locked in a bitter feud after a new year’s day drama over her 17 months old baby who was rushed to hospital on new year’s day.

Frances Koi, 48, has threatened her daughter with legal action over her  grand-daughter, after she was told by the mother of the child that she would not be allowed to see her again after the very young child was driven miles away from her home without consultation with her mother.

Koi, who works with vulnerable children in Nottingham, claims the young girl was ill shortly after being left in her care, and she wanted to take her to a hospital near her home to seek medical care.

Her daughter, Tyra Pritchard, 23,  insists her mother is lying, and has asked why she had to drive her young kid  miles away, if indeed she was ill as claimed by her mother. Pritchard also claims her daughter ended up with a mark on her head which wasn’t previously there.

However, her mother  angrily warned her daughter through this publication that she will set solicitors unto her if she denies her from seeing her granddaughter .

”it’s my legal right to see my grand daughter, she said. I have confirmed this with my solicitor.

”you guys better tell Tyra not to fxxxx with me, I’ll get solicitors on her, I’m not joking”.

Koi’s granddaughter was left in her care at Romford on New Year’s eve by the child’s mother Tyra Pritchard,23,  but  chose to drive her many miles away to Nottingham where she resides,  without consulting the child’s mother,  sparking an almighty dispute between the pair.

Ms Pritchard was eventually stranded in Nottingham when she arrived, after her mother refused to give her a lift back to Shoeburyness in Essex at the end of a marathon two days  in hospital where she waited for confirmation of her child’s well being.

Koi told The Eye Of Media that her  daughter had ill treated her all year, stopped talking to her, blocked her on social media, and prevented her from seeing a grandchild most of the year,  following a falling out they had at the beginning of the year.  She claims  to have been able to see her grandchild for the first time in September. She for that reason refused to drive her daughter  back to Shoebury, despite taking her baby to Nottingham without her consent.

”why should I drive her for four hours from Nottingham to Romford, after her very rude behaviour, she said. If she came to Nottingham, she should be able to finance her trip back, she said, I am not responsible for her.

Explaining that her grandchild was ill when she received her, she said : ”She wasn’t eating,  wasn’t pooing, her eyes were rolling, so I put her in a push chair to see if she will wake up. I thought she is not responding, and was advised to give her CPR”, Koi said.

Koi told medics at Nottingham Children’s hospital that she had never met the father of her daughter’s child, and said social services were brought on the scene to examine the situation.

Pritchard eventually received a phone call from her mother informing her that her daughter was not breathing, forcing her to make impromptu arrangements to Nottingham on new year’s day.

On arriving there, she discovered her daughter had been discharged from hospital and a referral made to social services that she was an unfit mother.

”I was really scared when I heard by daughter wasn’t breathing, I thought she was dying, she told The Eye Of Media.Com.  I had to get one of my friend’s boyfriend to drive me all the way to Nottingham. This was completely out of my plans, and when I got there the baby I saw was different from the one mum described. I was told there was nothing wrong with her. I saw a child that was energetic, walking around the ward”.

I feel she did all this out of spite because the nurse told me and a friend of mine that my child was fine and even advised me to stay away from my mum”.

Pritchard lost her voice completely after a lot of shouting. She had been on bad terms with her mother the entire year, and at one point had banned  her mother  from seeing her child because of personal disputes the pair had endured for over a year.

Responding to urges from close friends and this publication, following our intervention in 2021, she decided to give her child to her mother to look after on New Year’s day, granting her  mother some time with her grandchild.

Pritchard often spends time alone with her daughter, but says she was responding for the second time with a good will gesture to give her a second chance.

”I was trying to start a clean slate, I thought it is a new year, let’s not do grudges, and let’s try and put our differences behind us and move on.

But my mum had other ideas. She decided she wanted to be spiteful and use my daughter to punish me.

She’s not seeing my daughter again, even the social worker said it’s not safe for her to see her, she said”

Pritchard and her mother have suffered a relationship strain spanning many years which has been seasonal, improving during some periods, and returning to its usual state during other periods.

The attractive young girl claims her mother didn’t show her a lot of love in her teenage years and was too strict with her growing up.

But her mother described  Ms Pritchard as a difficult child who wanted to have her own way, but whom she had to keep well trained and disciplined  for her own good.

The dispute between the pair has got so deep that family members have got involved.

Ms pritchard says her grandmother has taking sides with her mother and has cut her off too.