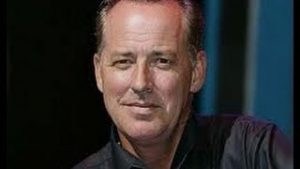 Michael Barrymore is claiming damages for wrongful arrest, after Essex police admitted his detention in 2007 was wrong.

The former comedian was arrested for the murder of Stewart Lubbock , after Lubbock was found dead in a pool at Barrymore’s  former luxurious home in Roydon, Essex.

The former comedian had thrown a party at his home which he attended with his then boyfriend, Jonathan Kenney. However, the grand party soon turned into a murder scene investigated by Essex police after 31-year-old Stewart Lubbock’s body revealed internal injuries and evidence of sexual assault. Police initially believed he had drowned after taking excessive amounts of cocaine and ecstasy, but this soon proved to have been false.
Barrymore fled the scene out of panic, causing him to be a suspect in the murder probe.  The funny man’s £1m with ITV was immediately axed, leaving Barrymore looking the public villain of a crime he had not committed. Essex police stated that Barrymore was not fully co-operating with the investigation,  a claim Barrymore denied at the time, but later seemed to admit in an interview with GQ magazine.  In the interview, Barrymore admitted to knowing more about those hiding information, but refusing to name them, stating he hoped they were brave enough to come forward one day.
Now, the well-known television star is asking for £25,000 in aggravated damages, for distress, shock, anxiety, and damage to his reputation. This amount is probably a drop in the ocean compared with Barrymore’s fortune, but will represent some form of justice to him if he is awarded the sum of money in damages. Barrymore’s lawyers say police had no grounds to suspect his involvement in the hideous crime.
The claim highlights the rights of citizens to seek compensation for any wrong arrests, except that not everybody can afford such law suits, and many people simply don’t have time to follow up. In fact, a lot of people are not aware they can claim damages for wrongful arrest. Damages always has to be proven in terms of what was lost as a result of the wrongful arrest, though as far as distress and anxiety, this cannot be quantified, but will be based on an estimate.
Before the arrest, Barrymore was one of the funniest characters on British television, pulling in millions on his Michael Barrymore television show. All that disappeared with the arrest, his reputation left in tartars, despite no charges brought against him. The perpetrators of the murder of Stewart Lubbock were never caught and brought to justice, leaving it an unsolved murder. The guilty parties know themselves and will live with their joint deadly secret for the rest of their lives, but carma will surely catch them up, if it has not already done so.
Spread the news