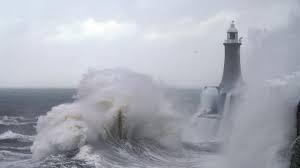 The Met Office has issued an amber weather warning ahead of the first named storm of the year, predicted to be about to bring an arctic blast, and introduce the first real phase of winter in the Uk.

Storm Arwen is forecast to ‘bring a period of very strong winds and cold weather to the UK‘, from Friday, November 26 up until Saturday, November 27, weather forecaster have said.

Weather experts have warned of disruption to both travel and infrastructure  in the days to come, with gusts of wind potentially reaching 50-60mph across the UK, with possible 70-80 mph gusts on the coast.

The North East is most at risk, as well as much of central England and Scotland’s east coast. Parts of the North East may also see some snowfall, with freezing Arctic blasts blowing into the UK.

Chris Almond, the Met Office’s deputy chief meteorologist, has made the following statement:

It is going to be a windy period with potentially disruptive gales. These could cause some delays to road, rail, air and ferry transport with a small chance exposed roads and bridges could close.

There is a slight chance of some damage to buildings, such as tiles blown from roofs and damage to temporary structures such as Christmas markets.

Flying debris is believed to be likely, which could result in injuries or danger to life, with further dangers posed by high waves and beach material being affecting structures, coastal roads and sea fronts.

Members of the public are advised to wrap up well from this evening, and into the days ahead.