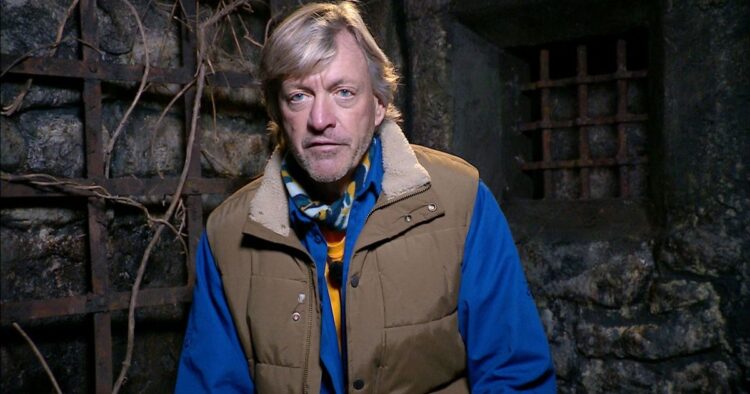 Richard Madley has been rushed to hospital today after falling ill whilst particpating in I am a celbrity get me out of here.

The Good Morning Britain presenter, 65, took part in the ‘Kitchen Nightmares’ Bushtucker Trial last night, November 24, which saw him trying to find 10 stars while climbing through a sewer of rotten fruit and veg, rummaging around holes before eventually being drenched in fish guts. Unfortunately, he failed to unknot the strings.

In the early hours of this morning, medics arrived at Gwrych Castle to take Madeley to hospital after  he unwell during the night.

The TV presenter, 65, was seen by an on-site medical team before being admitted to hospital as a precaution, ITV said.

In Wednesday night’s challenge, called Castle Kitchen Nightmares, Madeley hunted for 10 hidden stars in a room “full of castle critters” as rotten food including fish guts and offal was dumped on him from above.

After searching in dark chambers for 10 minutes, the klaxon sounded with Madeley only managing to get four out of 10 stars, securing a meal of squirrel for the camp.

An ITV spokesperson also confirmed, ‘Richard was unwell in the early hours and was immediately seen by our on-site medical team. He’s since been taken to hospital as a precaution, the health and safety of our campmates is our priority.’

Ahead of entering the castle, Madeley, who’s married to Judy Finnigan, appeared to be excited to take on the slimy, creepy-crawly challenges.

‘I really hope I do get voted for the trials. The thing about this programme is you mustn’t go into it if you take yourself remotely seriously. I don’t and I am thoroughly looking forward to being covered in god knows what! You have to be prepared for people to laugh and I see this as a bloody great romp of fun!’ he said.