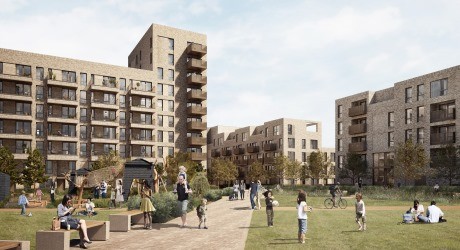 One of the London Bridge terrorists who beat security services lived in Gascoigne Estate.

The eye of media.com can reveal that the 27-year-old nicknamed ‘Abz’ who wore an Arsenal T-shirt, was known to be a friendly guy in the estate.

Underneath the facade that fooled a lot of his neighbors, his extremist views were known to those who knew him properly. His full identity is known to the eye of media.com, but cannot be disclosed at this stage in order not to avoid any negligent interference with the investigation process.

The last time the American media disclosed the identity of Salman Ahmed, it caused tension between UK and American relations over the timing of the revelation. What we know is that those who knew him appear to be surprised that he actually committed this terrorist attack.

None of those who claimed to know Abz agreed to go on record , except to say he was “friendly and outspoken about his views “. One of them said he smoked weed and was” very opinionated’, but the impression was that they were weary about openly discussing how much of him they knew. Apart from those already in custody, only full evidence can confirm how much one person knows of another.

However , it is now known that Abz appeared in a Channel 4 documentary about Jihadis, and was also filmed next to an extremist preacher a few years ago.

More alarming is the fact he was also known to have publicly flown an ISIS flag, and was reported for radicalizing children I’m a park after offering them sweets. The overwhelming evidence against this man makes it incredibly alarming that he could slip the net. The British Security services are one of the best in the world, but this failing raises serious questions.

First of all, are our security services failing us a little bit? It is not ticket science a that a man which demonstrated so many signs of extremism should never have gone undetected. If a man who displayed obvious signs of extremist tendencies could escape close and effective monitoring, there might be many more equally left unmonitored.

The intelligence service are generally very good, but an improvement is necessary to protect the British public. Standards appear to be slipping a bit, unless there is an obvious explanation.

Obvious signs that are missed by the police and intelligent services points to either a lack of adequate resources, or sheer sloppiness which must be addressed.

Police have arrested 12 people in intense raids in Barking, each of them will be heavily interrogated and investigated. Any connection they have with terrorist networks will be discovered.

The possibility remains that those arrested would have hidden any evidence of terrorist-related links, if they where aware of the terrorists plan to attack London Bridge on Saturday night.