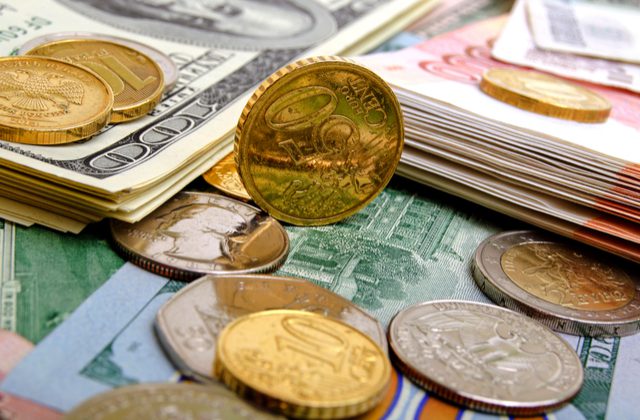 The pound has fallen to a record low against the dollar amid a fresh investor rush towards the US currency globally.

The Sterling slipped by nearly 5% early on Monday to $1.0327 to an all-time low, building on fresh 1985 lows seen on Friday after UK chancellor Kwasi Kwarteng unveiled the biggest programme of tax cuts for 50 years.

The £45bn tax-slashing package saw the market deliver a verdict on the sustainability of the public finances, given the additional demands it will place on borrowing.

The currency took a deep dive to an unprecedented $1.0327, extending a 3.61 per cent drop from Friday, after  new chancellor, Kwasi Kwarteng, unleashed historic tax cuts. Kwarteng who was widely praised and celebrated when he  landed the top job, has become the subject of criticism following the unforeseen drop in the exchange rate.

The massive drop which saw the pound fall to be almost the same level as the dollar, prompted shadow chancellor Rachel Reeves to accuse Mr Kwarteng and prime minister Liz Truss of “recklessly” gambling with the UK’s finances.

The Labour MP told Times Radio: “Instead of blaming everybody else, the chancellor and the prime minister, instead of behaving like two gamblers in a casino chasing a losing run, they should be mindful of the reaction not just on the financial markets but also of the public.

“The idea trickle-down economics – making those at the top richer still – will somehow filter through to everybody else has been tried before, it didn’t work then, it won’t work now.”

In an interview with CNN on Sunday, Ms Truss refsed to have her government’s policy contrasted with US President Joe Biden’s approach after he said he was “sick and tired of trickle-down economics”.

She said: “We all need to decide what the tax rates are in our own country, but my view is we absolutely need to be incentivising growth at what is a very, very difficult time for the global economy.”

Asked whether she was “recklessly running up the deficit,” Ms Truss said: “I don’t really accept the premise of the question at all.”

Mr Kwarteng suggested his announcements were just the beginning of the government’s agenda to revive the UK’s stagnant economy.

“We’ve only been here 19 days. I want to see, over the next year, people retain more of their income because I believe that it’s the British people that are going to drive this economy,” he told the BBC’s Sunday With Laura Kuenssberg programme.

A Tory backbench rebellion could be sparked if the pound eventually drops to the same level as the dollar, potetially leading to a vote of no confidence.

Gary Neville has condemned the government’s “immoral” mini-Budget which last week outlined tax cuts set to benefit the most wealthy during the cost-of-living crisis.

The former England international accused Liz Truss of “taking the absolute Mickey out of us” by helping workers at the top end of the tax bracket while offering significantly less to the poorest households.

In Friday’s mini-Budget, chancellor Kwasi Kwarteng axed the 45p top rate of income tax giving high earners making more than £150,000 an extra £10,000 a year, while also scrapping the cap on bonuses for bankers.

The Organisation for Economic Co-operation and Development (OECD) has said the UK economy will grow slower than previously predicted in 2022 – and it will flatline entirely in 2023.

The government’s growth plan was clearly the catalyst for Friday’s plunge but traders said it had since intensified the focus more widely as the dollar also shot up against a basket of other international currencies.

Joseph Capurso, head of international economics at Commonwealth Bank of Australia. wrote: “The poor situation in the UK exacerbates support for the USD, (which) can track higher again this week.

“If a sense of crisis about the world economy were to emerge, the USD could jump significantly.

The UK also faces goods from the continent becoming more expensive because the pound’s value has also slipped sharply versus the euro, standing at €1.0948 – leaving it 10 cents lower since August.

The rise in government borrowing costs saw the yield on the benchmark 10-year gilt hit almost 4.1% – the highest since April 2010. Shorter-term bonds were at levels not seen since the financial crisis.

Neil Wilson, chief market analyst at markets.com, said the market reaction to the government’s growth plan had resulted in a “very swift and very aggressive repricing”