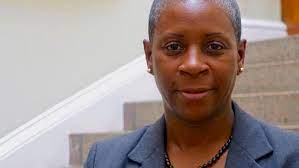 The provisions  announced for the government’s Bill of Rights will put the UK on a collision course with the rule of law, the Law Society said this morning.

The Law Society’s stance on the government’s new Bill of Rights depicts  a state of affairs characterised  by potential abuse of power  by the government and lack of accountability. One moving in the direction of arbitrary rule devoid of the necessary accountability provided by checks and balances embedded in the the Human Rights Act.

The recent changes announced by the Ministry Of Justice has been in the works for some time, and has always been highly contentious. They are perceived to amount to a substantial weakening of the current set of laws underpinning the Human Rights Act, tailored to the preferred views of ministers of parliament, currently ruled by a large majority.

Representatives of the Law Society  told The Eye Of Media.Com that they are currently  going through the copious de the bill to closely examine its details, and will be highlighting its findings in due course.  In the meantime, they are sceptical of both its intentions and legitimacy.

‘The erosion of accountability trumpeted by the justice secretary signals a deepening of the government’s disregard for the checks and balances that underpin the rule of law,’ Society president I. Stephanie Boyce (pictured)said today in response to the announcement. ‘The bill will create an acceptable class of human rights abuses in the United Kingdom – by introducing a bar on claims deemed not to cause “significant disadvantage”.’

It will also deepen the government’s disregard for the checks and balances that underpin the rule of law,” Law Society of England and Wales president I. Stephanie Boyce said, in her reaction to  the announcement of measures by the Ministry Of Justice to be included in the forthcoming Bill of Rights.

“The bill will create an acceptable class of human rights abuses in the United Kingdom – by introducing a bar on claims deemed not to cause ‘significant disadvantage’.

“It is a lurch backwards for British justice. Authorities may begin to consider some rights violations as acceptable, because these could no longer be challenged under the Bill of Rights despite being against the law.

“Overall, the bill would grant the state greater unfettered power over the people, power which would then belong to all future governments, whatever their ideologies.

“The disregard for the rule of law the government is repeatedly signalling both at home and abroad – also inherent in this bill – risks inflicting serious harm on Britain’s reputation with trade partners, business and in the international arena”, the Law Society said

The comprehensive statement from the Law Society suggests that the British government is pursuing plans to eradicate human rights at the expense of the rule of law.

“Britain’s international reputation as a standard bearer for justice, a champion of human rights and a stable international partner is at risk,” Law Society president I. Stephanie Boyce said.

“The Human Rights Act confirms and protects the rights and freedoms of people in the UK and provides robust protection in British courts.

“The government is introducing changes that would make the state less accountable.* This undermines a crucial element of the rule of law, preventing people from challenging illegitimate uses of power.

“This will be the result of proposals which make it harder for all of us to protect or enforce our rights if the new Bill of Rights becomes law.”

I. Stephanie Boyce added in her response to March’s consultation: “With the Bill of Rights, the UK could begin to slide below the standards we agreed to in the European Convention on Human Rights, to which the UK still belongs. This would not only bring into question Britain’s honour and trustworthiness as an international partner, it would also diminish people’s ability to enforce their rights and remove UK courts’ ability to keep pace with international standards.

“In short, dismantling the Human Rights Act would have far-reaching consequences, conferring greater unfettered power not just on the government of today, but also on future ruling parties, whatever their creed.”

The Law Society also believes the scale of the reforms means a large number of new standards, definitions and procedures would be introduced.

This will encourage litigation to test the boundaries of these which will unsettle the law, leaving people unsure of what their rights are, and public bodies of what their obligations are.

Meanwhile, ahead of the announcements this morning Dominic Raab said the Uk will retain its ‘fundamental commitment’ to the European Convention on Human Rights following the passage of the Bill of Rights.

The proposed measure, he said,  ‘will strengthen our UK tradition of freedom whilst injecting a healthy dose of common sense into the system.’

A Ministry of Justice statement said that the bill ‘will ensure courts cannot interpret laws in ways that were never intended by parliament and will empower people to express their views freely.’

It will help prevent trivial human rights claims from wasting judges’ time by introducing a ‘permission stage’ in court requiring people to show they have suffered a significant disadvantage before a claim can go ahead.

The Uk government is seeking to achieve legal autonomy for  British courts will make clear that the UK Supreme Court is the ultimate judicial decision-maker on human rights issues and that the case law of the European Court of Human Rights does not always need to be followed by UK courts, the statement said.

The  stated purpose of the bill is to give politicians a greater say in the way that courts interpret human rights law, and  the spread of “trivial” and “bogus” claims, which “waste judges’ time and taxpayers’ money”. A “permission stage” will be introduced for courts to evaluate the merits of a claim – whether “significant disadvantage” was suffered – before it can go ahead

It will will enable changes to the threshold for anyone resisting deportation on the grounds of entitlement to a family life, the government’s ultimate  test being the  “overwhelming or unavoidable harm” to children.

The government said the new laws will curb the abuse of the system that has seen those convicted of hurting their own partners and children evade removal by claiming it would breach their right to family life in the UK.

The essence of the government’s new direction is also  to ensure that interim measures from the European Court of Human Rights under Rule 39, such as the one issued last week which prevented the removal flight to Rwanda, will not binding on UK courts.
‘This will be achieved while retaining the UK’s fundamental commitment to the European Convention on Human Rights,’ the statement concluded.