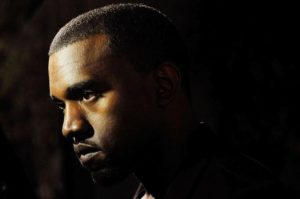 Strangely, it was the fire department that responded to the call at 13.20p.m, despite this being reported as a medical incidence “At 13:20 Pacific Time, the Los Angeles Fire Department responded to an unspecified medical aid request,” a spokesperson for the service said.
The wife of the rapper, Kim Kardashian West was seen descending from a private jet at Van Nuys Airport in Los Angeles, not long after he was taken to hospital.
Kanye West is one of the best selling artists in America, and tours several cities and countries putting on shows. It appears he has not been resting enough and the busy schedule may have finally taking its toll on the controversial rapper.
It calls attention for the need of adequate rest, something rappers with busy schedules often take for granted in the course of their careers.
It is the first time West has been known to require emergency attention over his health, although there is always a first time. Neither representatives of the star nor the Los Angeles Fire Department has given an update on his progress so far.
Fans of West will hope it is nothing more serious, since it will not be anything out of the ordinary for celebrities to hide a more serious ailment from the media under circumstances where they believe medical attention may address the ailment, and they would rather it was not divulged to the public. In the meantime, the general belief is that West will be better once he has rested enough and received good medical treatment.
Kardashian West was expected to appear at a New York City social event on Monday – her first public appearance since she was robbed in Paris in October – but she did not attend.
The rapper had cancelled all remaining dates on his current tour after abandoning a Sacramento performance at the weekend.
He had performed just three songs on Saturday night, before embarking on an unscripted rant, criticising Facebook, Jay Z and Hillary Clinton.
He criticised Facebook boss Mark Zuckerberg for failing to give him $53m (£42.5m) to get out of debt and said he was hurt that Jay Z failed to visit his family after last month’s robbery.