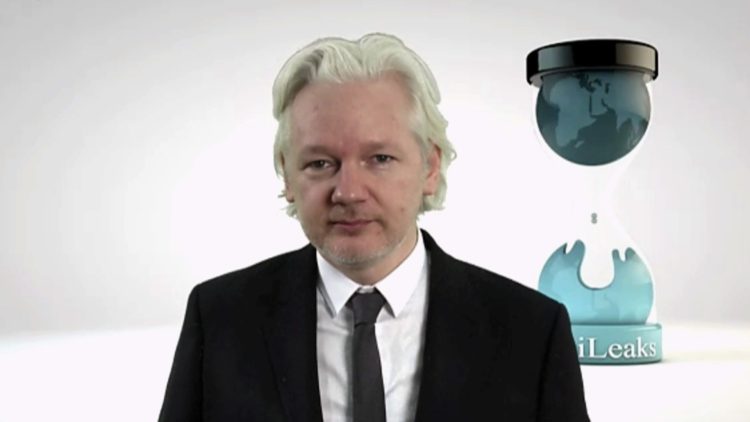 An arrest warrant against Julian Assange is still valid, despite the conclusion of an investigation against him by the Swedish authorities, a court has ruled.

Mr Assange has been in exile inside the Ecuadorian Embassy in London for over five years, fearing extradition to the United States for questioning over the activities of WikiLeaks if he leaves.
Lawyers for the WikiLeaks founder had argued that the warrant should be dismissed because it had “lost its purpose and function” after the investigation over sex-related allegations was dropped last year.
The outstanding arrest warrant dates back to 2012, when Mr Assange failed to answer bail associated with the Swedish investigation.
A further warrant was  issued by Westminster Magistrates’ Court.
Lawyers for Mr Assange say the UK arrest warrant serves no legitimate purpose, but Magistrates disagreed with him.
Senior District Judge Emma Arbuthnot said in Westminster Magistrates’ Court on Tuesday she was not persuaded that the warrant should be withdrawn.
The  veteran judge told a pack court that the offence of not surrendering to bail was a standalone offence under the Bail Act.
She said: “On a straight forward reading of the section Mr Assange has been bailed, and he has failed to surrender.
She concluded by saying that If he has no reasonable cause he will be guilty of an offence.
“Once at court, the defendant would be given the opportunity to explain his failure to surrender and that is when Mr Assange would be able to place before the court his reasonable cause for failing to do so.”

Defense papers of the controversial whistle blower read: He has

spent five and a half years in conditions which, on any view, are akin to imprisonment, without access to adequate medical care or sunlight, in circumstances where his physical and psychological health have deteriorated and are in serious peril.”
Mr Assange has been exiled in the Ecuadorian embassy in London since he took refuge there in June 2012 in a bid to escape  extradition to Sweden.
In 2010, Swedish prosecutors were investigating allegations of sexual assault and rape made by two women. Assange has good reason to believe that the U.S government want him indicted over leaked and classified American documents
Mr Assange has in past times published materia that featured extrajudicial killings in Kenya,  Church of Scientology manuals, Guantanamo Bay detention camp procedures , among other revelations.  He once also revealed unarmed Iraqui’s who were gunned down by American helicopters. He is not in America’s good books, neither is he in Britain’s good books.
He will have to spend more time in without access to medical care on sunlight, or submit himself to the powers that want him badly.
Spread the news
1
1
Share