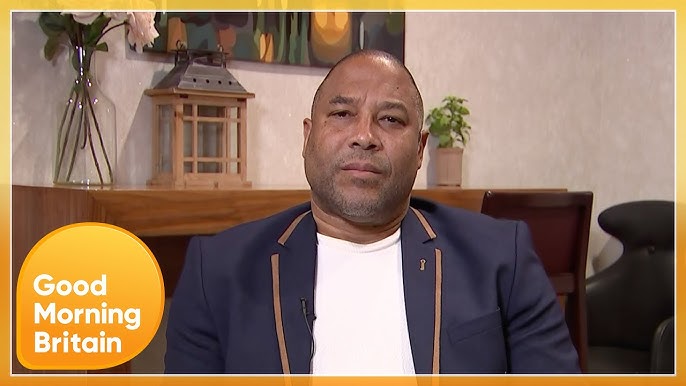 John Barnes’s claim that Meghan Markle’s interview with Oprah Winfrey was not criticial of the royal family, but rather accused the British media of being racist towards her has been questioned in light of what was aired in March.

Meghan Markle told Oprah Winfrey that she had felt suicidal and was turned down when she and her husband Prince Harry, sought help from senior royals. She also highlighted information given to ehr by he rhusband that a royal had asked how dark the colour of her unborn child would be.

Those comments clearly amount to criticism of the royal family, raising questions as to why Barnes is suggesting the contrary in the face of the facts.

The legendary ex England striker   defended Meghan Markle’s claims she has received “unfair, racist abuse from the British media” during a discussion on Good Morning Britain.

John Barnes appeared on Wednesday’s episode of Good Morning Britain to discuss his new book about racism, but suggested against the facts that Meghan Markle hadn’t accused the royal family had asked of racism.

Barnes is an active campaigner against racism,  but said most black people would say ‘so what’ to the question the Duke and Duchess Of Sussex said an unnamed member of the royal family had asked Prince Harry.

In response to a question by host Richard Madeley on Meghan Markle’s allegation there had been conversations about how dark the skin of son Archie would be, Barnes defend the Duchess

Richard asked: “You say that the debate that followed the Oprah Winfrey interview and the allegation against the royal family that there was a discussion about how dark the skin of little baby Archie would be.

“You say in your book you don’t think there should be any issue with that in the royal family and think it’s perfectly acceptable.”

John replied: “First of all I completely support Meghan Markle on what she said in that she has received unfair racist abuse from the British media, that is what she is saying.

The 57-year-old added: “Do we really believe that the British public thinks if [Meghan and Harry] had a dark baby we would be as accepting as if they had a blonde-haired baby with light skin and blue eyes?”

John explained the matter was an issue with the British public because “that is how they have been conditioned to think”.

“We have been conditioned to think in terms of hierarchy and racial hierarchy within all of us,” John added.

“We have to look at ourselves and think, ‘Is there really racial equality yet?’

“The answer is that we don’t, but don’t be too hard on yourself because it’s how we have been conditioned to think.”

Good Morning Britain presenter Susanna Reid chimed in: “So John, when you heard that part of the Oprah interview, the way you interpreted it was that a member of the royal family was actually concerned how the British public would react to their baby?”

John explained: “Well that’s how I interpreted it in terms of what [Meghan] actually said.”